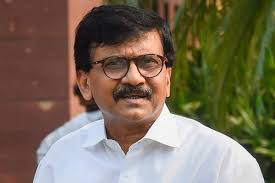 PANAJI: Shiv Sena Senior Leader Sajay Raut has announced that his party would contest 20 to 25 seats in the next assembly elections in Goa.

Addressing the media, Raut said ” Party is preparing itself to contest the elections. Earlier, we had contested elections in alliance with Maharashtrawadi Gomantak Party (MGP) and Goa Suraksha Manch (GSM). The party has decided to contest 20-25 seats in the state elections.”

“Tourism is a major industry in the state. Other industries should also come to the state. But the state should not function with the help of casino revenue. Are casinos identity of Goa?. Were not the hotels full when there were no casinos?.

There are various touristic states but are there casinos as well?. If Shiv Sena comes to power, we will bring discipline to the industry. Loot is underway in the name of casinos,” he said.