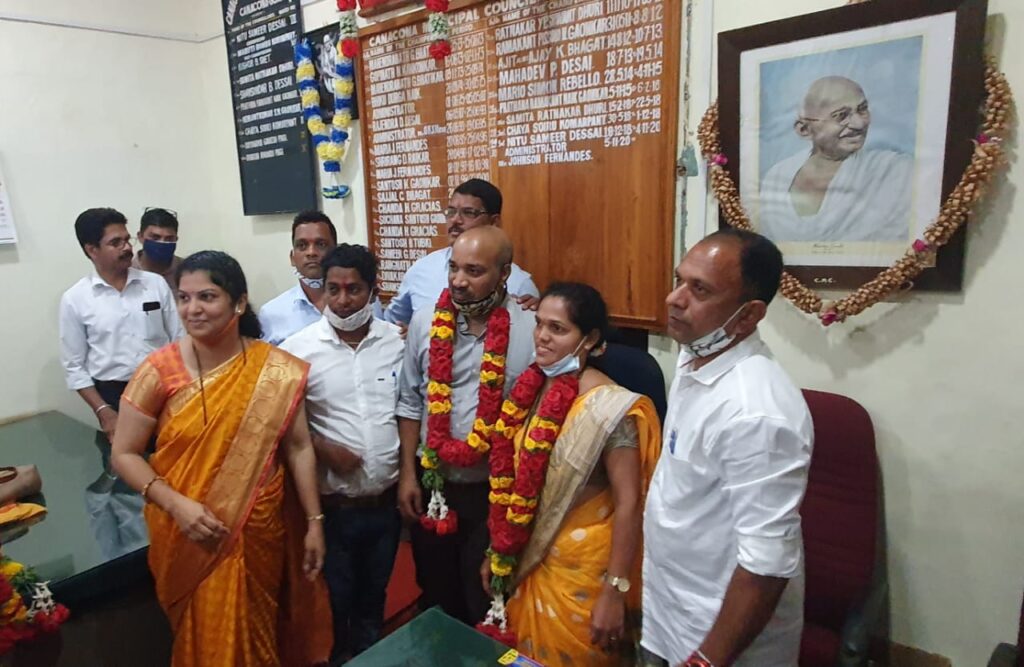 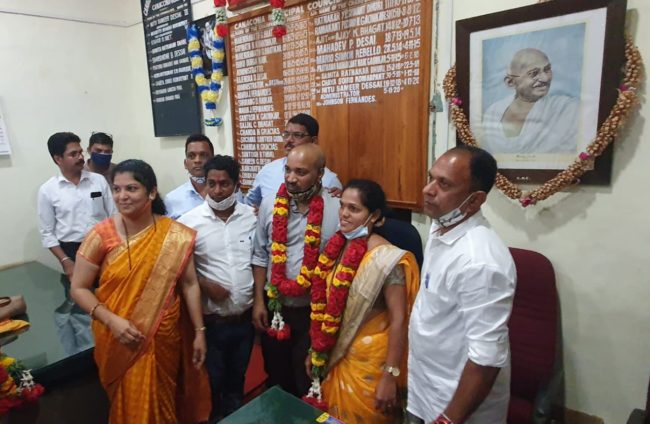 Canacona.
Simon Rebello councillor of ward X (Palolem-1) as expected won the election for the chairpersons post of Canacona Municipal Council by polling seven votes, the elections were held on Thursday in municipal building.
Rebello who from the beginning had support of the majority of the 12 councillors is a former chairperson and had occupied the chair in 2014-15.
Amita Pagi councillor of ward IV (Kindlem) was elected as vice chairperson, Pagi also got seven valid votes.
Before the elections for the two posts started, Rohit Kadam who acted as a Presiding Officer (PO) administered oath of office to all of the 12 councillors.
Earlier local MLA and deputy speaker Isidore Fernandes had declared that all of the twelve councillors belong to the BJP party but later a group of five councillors detached themselves and formed another group and also had filed nominations for the post of chairperson and vice chairperson.
This rebel group was lead by Dhiraj Naikgaonkar councillor of Mastimoll ward who had filed his nomination papers for the post of chairperson on Wednesday and Supriya Dessai from  the same group had filed for vice chairpersons post.
Both the groups were seen prominently sitting separately in the election room.
As per the election procedures RO called out the names of the two contestants for the chairpersons and vice chairpersons post and allowed 15 minutes time to the constants if they wished to withdraw.
Since there was no withdrawal the PO went ahead with the elections.
And after counting of votes Simon Rebello and Amita Pagi were declared elected.
Simon Rebello’s group was supported by Chaudi ward councillor Ramakant Naikgaonkar, Amita Pagi Kindlem ward councillor,  Sara Naik Dessai Devabagh ward,  Narsisco Fernandes of Ponsulem ward,  Rajbagh ward councillor Chandu Gandesh Madgaonkar and Palolem-2 ward councillor
Laxuman Pagui.
While the opposite group was lead by Dhiraj Naikgaonkar and supported by Nagarcem ward councillor Hemant Naik Goankar.
Supriya Dessai of Delem-1 ward,
Shubam Komarpant of Patnem ward and former chairperson Nitu Dessai