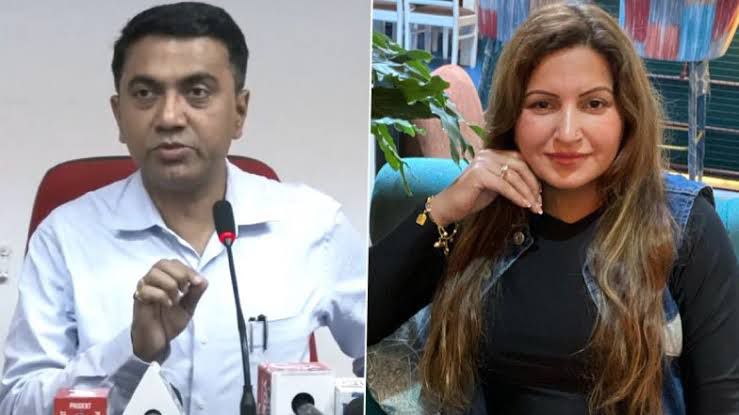 * Detailed investigation report would be sent to Haryana CM and DGP, and then later, if the need arises, the Goa government will look into the request made by Haryana and hand over the case to CBI: CM

Goemkarponn desk
PANAJI: A day after Haryana CM requested to hand over the Sonali Phogat case to CBI, Chief Minister Dr Pramod expressed confidence in the investigation done by Goa Police.
Sawant also said a detailed investigation report would be submitted to Haryana CM and DGP this evening.
“Goa police has so far arrested five accused, and no one will be spared in the Sonali Phogat. Goa Police has done a good job in the case,” said CM Sawant.
He further said that a detailed investigation report would be sent to Haryana CM and DGP; if the need arises Goa government will look into the request made by Haryana and hand over the case to CBI.
“Also, the state government will be more strict in Narcotic cases. Henceforth ANC will directly report to me on the handling of drug cases,” he added
Phogat, who arrived in Goa on August 22 with the two men now charged with her murder, had visited the popular Curlies beach shack in Anjuna. CCTV footage had shown the accused making Phogat sip a drink out of a bottle.
The footage also showed Phogat being held and escorted towards the bathroom by one accused.
According to Goa Police, Sangwan and Sukhwinder had allegedly “forcefully” given Phogat an “obnoxious chemical substance”, which was later identified as Methamphetamine by the police. Phogat was declared dead on the morning of August 23 at St Anthony’s Hospital in Anjuna.