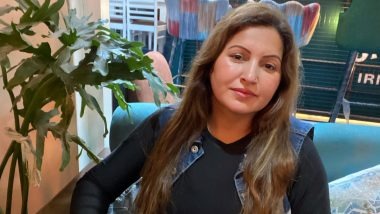 PANAJI: The High Court of Bombay at Goa today has adjourned the petition challenging the order of the Mapusa JMFC, sending Edwin Nunes, Rama Mandrekar and Dattaprasad Gaonkar into judicial custody for tomorrow.
The owner of Curlies, who allegedly provided drugs to the two murder accused held in the Sonali Phogat case, and a drug peddler was arrested by the Anjuna Police.
Presently Anjuna Police have sealed the first floor of Curlies in Anjuna, where Sonali Phogat and the accused were seen partying and where Phogat was allegedly forcibly given synthetic drugs.
Phogat was at the famous restaurant-cum-nightclub on Anjuna beach where she was forcibly made to drink “some obnoxious substance” mixed in water by Sangwan and Singh, the police said yesterday, citing security camera footage and alleged confessions.
Drug peddler, Dattaprasad Gaonkar, was detained from Anjuna after the accused duo “confessed” in their statement that they had procured drugs from him.
Phogat, 42, was brought dead to St Anthony Hospital at Anjuna in North Goa district on August 23 morning from her hotel.

Give priority to serve the nation: Governor