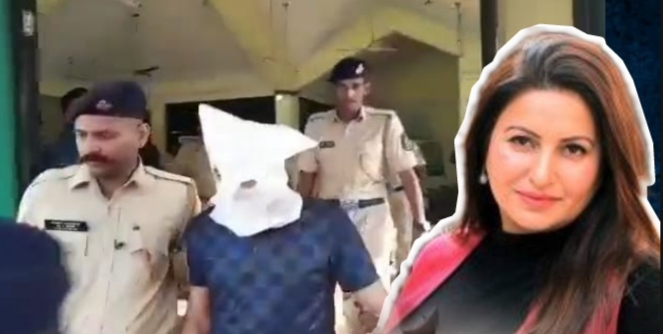 Goemkarponn desk
ANJUNA: Goa Police today arrested a drug peddler in connection with the death of Sonali Phogat.
The drug peddler has been identified as Dattprasad Gaonkar. It is suspected that he had supplied drugs to accused Sukhwinder Singh.
Police have also arrested the owner of Anjuna restaurant and club Curlies, Edwin Nunes, due to the recovery of drugs from the club’s bathroom.
“The owner was arrested because drugs have been recovered from the club. He was arrested after questioning. He allowed his club to be used for the narcotics trade. The nature of the drugs seized is yet to be confirmed,” said Goa Police.
The two accused, Sudhir Sagwan and Sukhwinder Singh, have been arrested even as the Goa police said the “obnoxious substance” spiked in the drinking water during the party.
Phogat, Sagwan and Singh arrived in Goa on August 22. Phogat was brought dead to St Anthony Hospital at Anjuna in North Goa district on August 23 morning from her hotel.
Doctors had then said prima facie it appears she died of a heart attack.
Meanwhile, the doctor who conducted the postmortem had reserved his opinion on the cause of her death, pending chemical analysis. He had written that “multiple blunt force injuries” were found on Phogat’s body.
Police said that those injuries could be abrasions that Phogat sustained while she was being taken to the hospital.
Demanding a CBI probe in this case, her brother said that this was a murder, not a heart attack.
Her brother alleged that Sonali Phogat had spoken to her mother, sister, and brother-in-law before her death. She sounded disturbed and complained about her colleagues.
He also alleged that his sister was raped and murdered. He claimed that Phogat was healthy and did not die of a heart attack.
He said the deceased BJP leader was committed to the BJP. However, not a single leader helped the family in this matter.
Reports said that the CCTV cameras, laptop and other crucial things from her farmhouse in Haryana have gone missing after her death.
Sonali Phogat was originally from the Fatehabad district of Haryana. She served as national vice-president of BJP’s Mahila Morcha. She was also a famous Tik-Tok star and started her career as an anchor in Hisar Doordarshan.