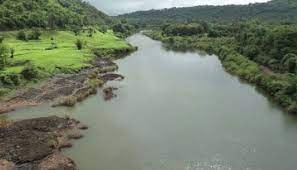 Goemkarponn desk
PONDA: Water Resource Minister Subhash Shirodkar has announced that his department is contemplating constructing 8 dams along the Mhadei river basin and that the current study is ongoing.
He said a site visit would be done after Ganesh Chaturthi.
“The two sites at Dharbandora Taluka at Tatodi and Kajumal have no land issues. Only a few lands here belong to the private party. Since the land is owned by the government, there would be no problem constructing dams at this site,” he said.
Speaking to the media, Shirodkar has said the development of dams, Tollem, and lakes are important for the growth of Industries, Agriculture.
He said that it would take around one to two years to completely study, gather details of land ownership and construct dams.
Shirodkar further said they would construct the dams , provided they get all the required NOCs, Forest and environment clearances.
Shirodkar stated that Goa needs to plan considering the next 25 years’ requirements.
“And if we don’t take precautions now, we will have to face many difficulties in the near future,” he said.