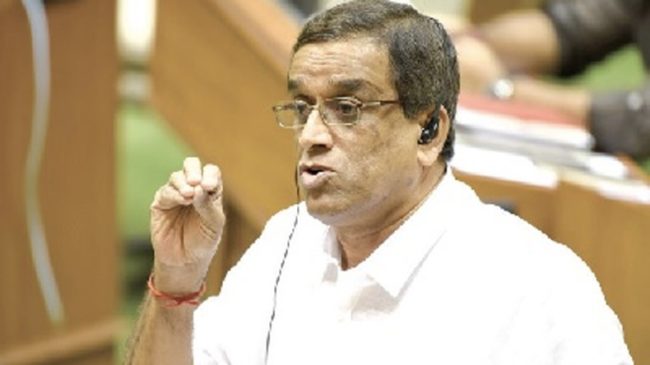 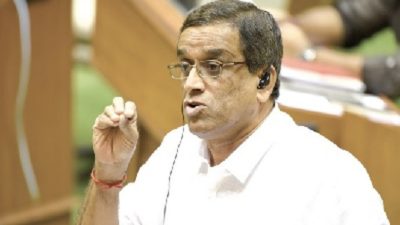 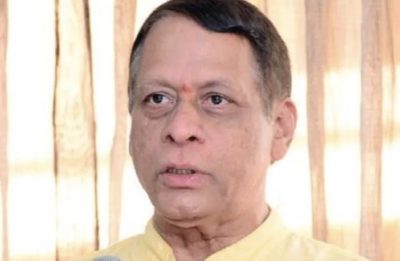 PONDA: Friends turned foes, former Maharashtravadi Gomantak Party (MGP) leader Lavu Mamledar and the present MGP leader Sudin Dhavlikar are pitched against each other for this assembly election. Lavu vows to defeat his former friend Sudin Dhavlikar in Dhavlikar’s home ground.
Once friends have now turned foes have become a topic of hot discussion at every nook and corner of Marcaim after the announcement of Congress Party list of candidates wherein Ponda former MGP MLA Lavu Mamlatdar has been declared as Candidate from Marcaim. It will be interesting to see how Lavu would garner votes from Marcaim, the stronghold and citadel of MGP Leader Sudin Dhavlikar.
It may be recalled that Lavu Mamlatdar, who had joined TMC in September, left the party after an alliance with MGP. Lavu joined the Congress Party and vowed to defeat Sudin Dhavlikar if the Congress Party field him against Sudin in Marcaim, and to his expectation, he is declared candidate for Marcaim by Congress Party.
It is interesting to note that Lavu Mamalatdar and Sudin Dhavlikar were College friends.
Sudin had brought Policeman (DySP) friend Lavu Mamlatdar into politics and fielded him against Ravi Naik from Ponda Constituency in 2012.
Lavu, at that point, had become a giant killer defeating Ravi Naik. Lavu, as an MLA, was always vocal against the BJP government for the five years, blaming them on development issues despite MGP leaders, were ministers in the Government.
He again contested on MGP ticket against Ravi Naik in 2017, but Ravi Naik won this time, and Lavu finished fourth with BJP Sunil Desai at second place and Independent Rajesh Verenkar at third place.
However, later in 2017, after the defeat of Lavu Mamlatdar, his importance was reduced in MGP. His friendship with Dhavlikar also turned into a political rivalry. MGP leader sideline Lavu and selected Dr Ketan Bhatikar as their new leader for Ponda. Since then, all was not well between Lavu and MGP leader Sudin Dhavlikar and Deepak Dhavlikar. Once who were close friends turned arch political rivals today. There was an issue on Party Elections, and Lavu had blamed Deepak Dhavlikar for not holding elections of Party Working Committee.
Later MGP Party also expelled Lavu Mamalatdar from Party, blaming him for anti-party activities.
According to voters in Marcaim, Sudin is strong at and at present, it will be difficult to defeat him, but surely Sudin would find it difficult to maintain a record of winning with the highest votes from Marcaim as not only Lavu Mamlatdar would manage to take his votes but also Sudesh Bhingi who was once a supporter of Sudin is also expected to contest from Marcaim on BJP ticket.