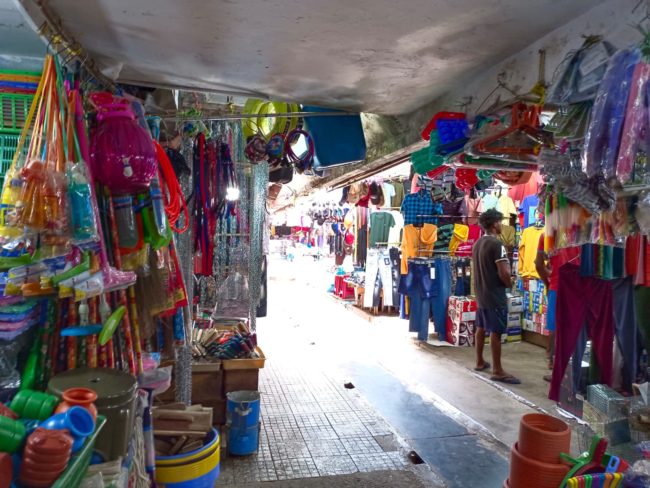 VASCO: Market vendors from “Sunday Market” Vasco met Mormugao Municipal Council Chairperson regarding the increased Sopo tax. Vendors demanded to be lenient on the imposition of Sopo.
On Monday morning, around 10 vendors from Vasco Sunday Market met Chairperson of MMC Damodar Kaskar and urged to be more considerate about imposing Sopo tax on their outlets.
Some vendors said that since the Covid19 pandemic, the business has been running slow and can hardly profit from its business. Vendors also mentioned that some outside vendors create obstruction by selling commodities on a bicycle.
After giving a patient hearing, Chairperson Damodar Kaskar replied that the Sopo tax has been revived fatter 25 years, and the vendors will have to pay the Sopo tax as it will generate revenue for the municipality.
After a discussion with the vendors, Kaskar assured to clear the illegal vendors from doing business outside the Sunday Market and rethink giving some concession in the revived rates of Sopo tax.
Councillor Leo Rodrigues, who was present during the meeting, also said that it is very important for the vendors to pay the Sopo tax. For so many years, they have been paying nominal charges, and if the revised tax is set after 25 years, then vendors will have to pay the tax.

Goemkarponn desk PANAJI: The Progressive Front of Goa has asked Prime Minister Narendra Modi to do a rethink on the Education system. The PFG in ... Read More

Goemkarponn desk PANAJI: In a shocking incident, a six-year-old minor girl was raped by neighbor in Sirvoi on Friday. A case has been registered at ... Read More