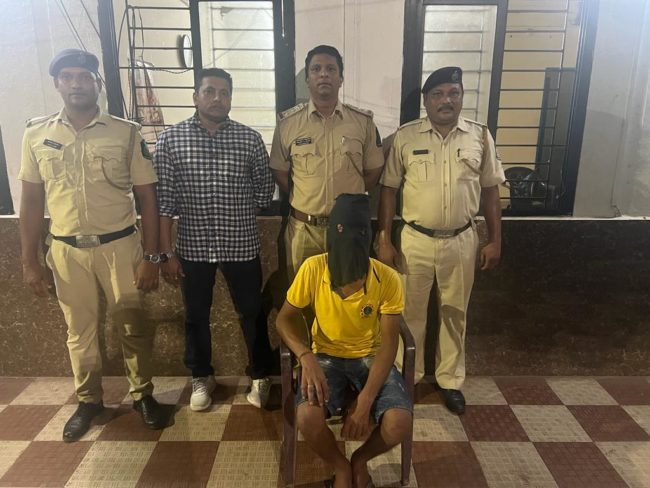 PONDA: In a late evening incident on Sunday, one Rajkishore Naik (30) native of Orissa and presently residing at Batwadi, Shiroda, killed his wife, suspecting an extra-marital affair.
He killed his wife Rita Badakia (24) by strangulating her.
Police immediately arrested husband Rajkishore Naik on charges of murder.
It is learnt that there was a heated discussion between the two on the issue, and accused Rajkumar strangulated his wife in a fit of rage. Following news of the murder, Ponda Police, led by PI Vijaykumar Chodankar, rushed to the spot and started an investigation.
It is learnt that Rajkishore Naik, after committing murder, tried to flee from Shiroda; however, later, Ponda Police caught him at Ponda and took his custody.
It is learnt from Police sources that Rajkumar, a native of Orrisa, had arrived in Goa seven years back in search of a Job.
It was his love marriage. He was a labourer by profession and, for the past three years, was residing at Shiroda. Ponda Police conducting a further inquiry into the matter.