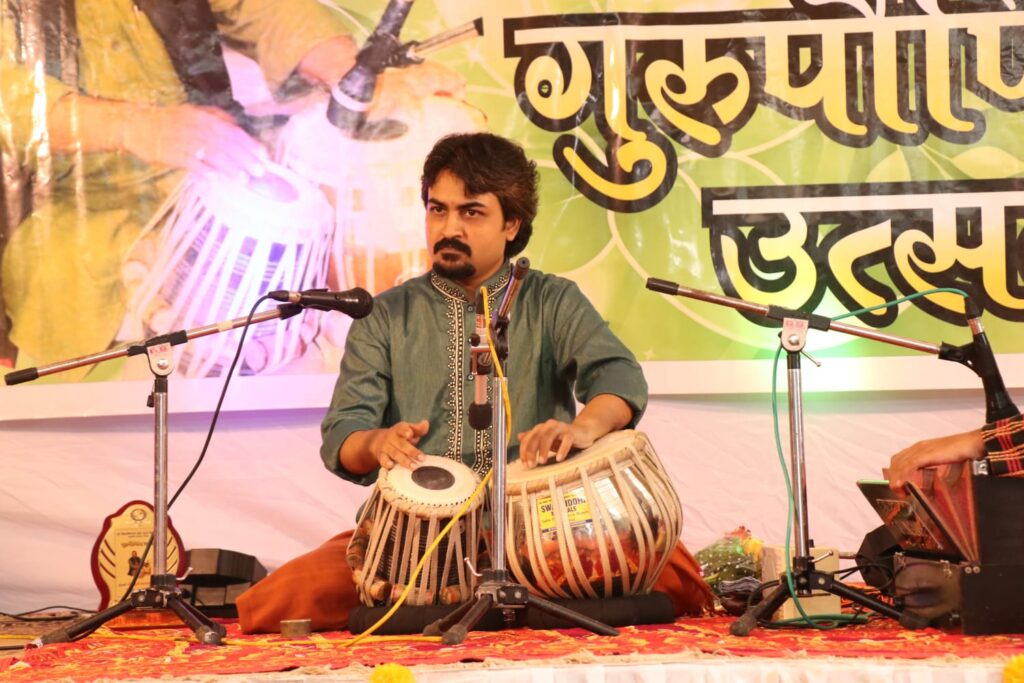 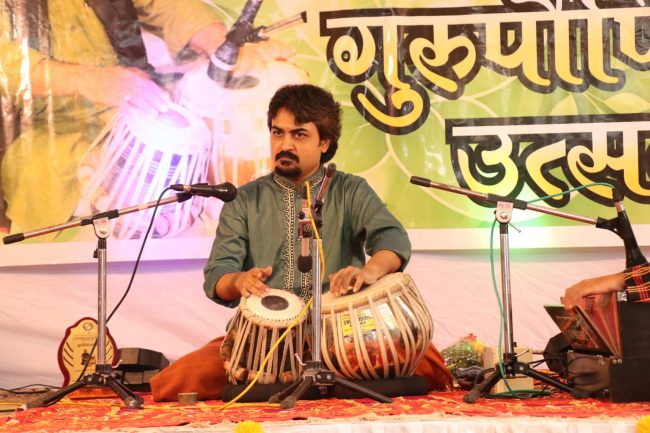 During this event, Sharad Mathkar, guest of honor said there is no ‘shortcut’ in attaining success in the field of music. Rigorous “Riyaz”(training) and consistency is the key to achieving success said Mathkar.

He further said that the Guru pujan of Surya Shetye is a great opportunity to pay our respects to him. Shetye since his early age has imparted Tabla knowledge to his several disciples in all parts of Goa. Some of his disciples are teaching Tabla in prestigious organizations and privately.

Later, the start of this event was done by Amit Parab by performing Tabla Solo. Vighnesh Sawant played Harmonium solo and Lavi Naik performed classical vocal singing during the first half of the event.

In the second half, Shreya Mhajik, disciple of Surya Shetye and Mayank Bedekar performed Jhaptal solo. Prajyot Dessai, disciple of Surya Shetye and Late Vocalist of Agra Gharana Purushottam Honnavarkar gave a classical vocal performance in Raag Parmeshwari. The final Tabala Solo performance was given by Mayank Bedekar in Teentaal wherein he showcased his extraordinary expertise in Tabla playing.