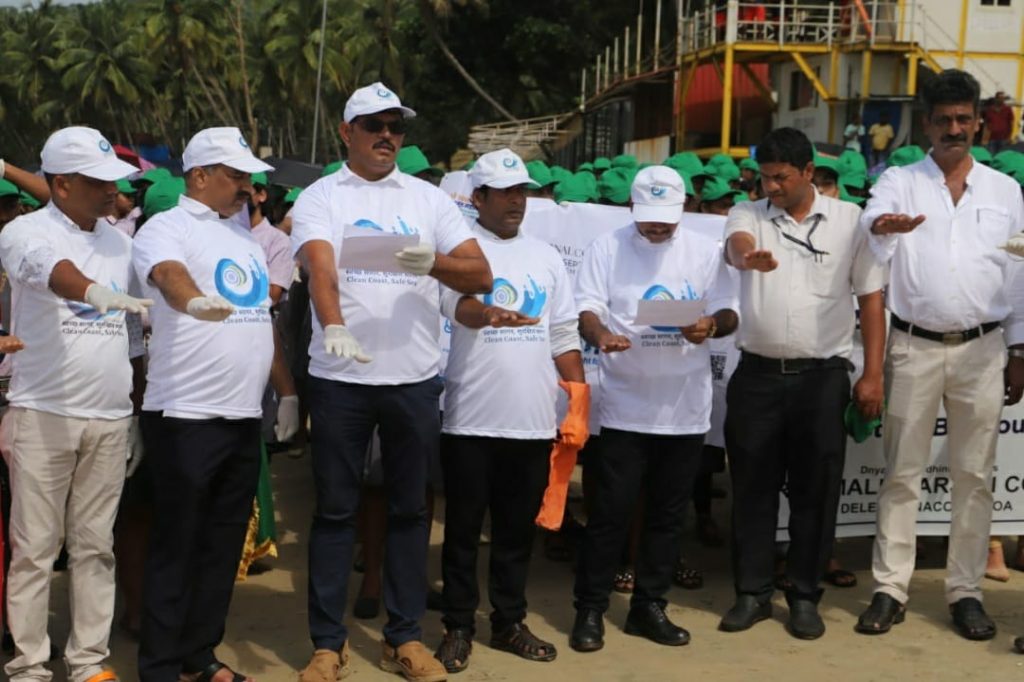 CANACONA: A massive beach cleaning was taken up in Canacona on the occasion of birthday celebration of Prime minister Narendra Modi in Saturday.

Leading the Swatchta hi Seva, Canacona Municipal Council took a Swatchta Rally from Char-rasta on the Palolem Street before embarking on cleanliness drive on the Beach.

Once on the beach, a pledge read out by Naikgaunkar was taken by most present. Chairperson Naikgaunkar gave a call to Join the Fight for Garbage Free Canacona.

Laters participation Certificates were also issued to the various participants including some educational institutions at the hands of Chairperson Naikgaunkar, Ex-Chairperson and councillor Simon Rebello, Councillors Dhiraj Naikgaunkar, Narscisco Fernandes, and others.

With each beach Coast represented by a coordinator, Beach Cleaning was organised at 12 beach-coasts accross Canacona taluka beginning at 8.am.

School and other students were the main participants in various other beaches including Galgibaga and Talpona, besides the beach cleaning at Polem in Loliem-Polem village, besides the various BJP Mandals including Mahila and Yuwa besides Canacona Block BJP Mandal President Vishal Dessai.

Interestingly, cleanliness drive on some of the coastal beaches will be continued for next few days, informed sources.