Taxi issue in Goa is being politicized: CM Sawant

Taxi owners from Pernem to be given priority, says CM 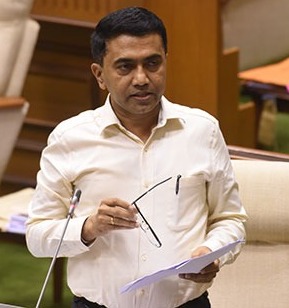 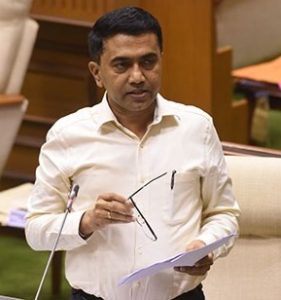 Goemkarponn desk
PANAJI: Chief Minister Pramod Sawant today said that the taxi issue has been politicized.
Sawant, along with tourism minister Rohan Khaunte and Pernem MLA Pravin Arlekar, held a meeting with local Panchayat body members and taxi operators over the Goa Taxi app facility at Manohar International Airport.
“Some people are doing politics over the issue of taxi apps. The issue is being politicized. We will not tolerate sick things,” said Sawant.
He further said that Taxi owners and operators from Pernem will give priority.
“I have asked all members of the fraternity to convince the taxi owners to join the Goa Taxi App; we will be having another set of meeting on January 2, 2023, to discuss the issues,” he added.
Sawant said that the second meeting will be taken with local representatives and taxi owners from the Pernem taluka.
Tourism Minister Rohan Khaunte said that enough taxis and other conveyance will be made available for passengers arriving at Manohar International Airport (MIA) in Mopa, where flight operations will begin on January 5.
Besides, the minister said the issue of taxi operators will be solved by January 5, and there will be enough vehicles available for passengers.
The state government has already started the process to allot spots for taxi operators at the new airport, and preference is being given to those from Pernem taluka, where the airport is located.
The state government also plans to operate buses of state-run Kadamba Transport Corporation Limited from the airport for people who don’t want to take taxis, Khaunte said.