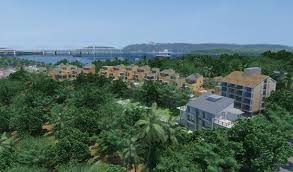 Goemkarponn desk
PANAJI: TCP Minister Vishwajit Rane today said that the state government has issued directions to his department for preparing zoning plans for Pernem Taluka & Kadamba Plateau.
“The Government has issued directions to TCP Dept for preparing zoning plans for Pernem Taluka and Kadamba Plateau,” said Rane.
He further said that the same will be prepared as per the provision of the Town & Country Planning Act.
“We shall also be taking on board an international consultant & various stakeholders,” he added.
The minister said that to create a unique zoning plan, his department will seek expert advice from Vinayak Bharne, who has already been taken on board.
“We shall work collectively towards creating a unique plan that will be progressive and at the same time preserve Goa’s uniqueness,” he said.