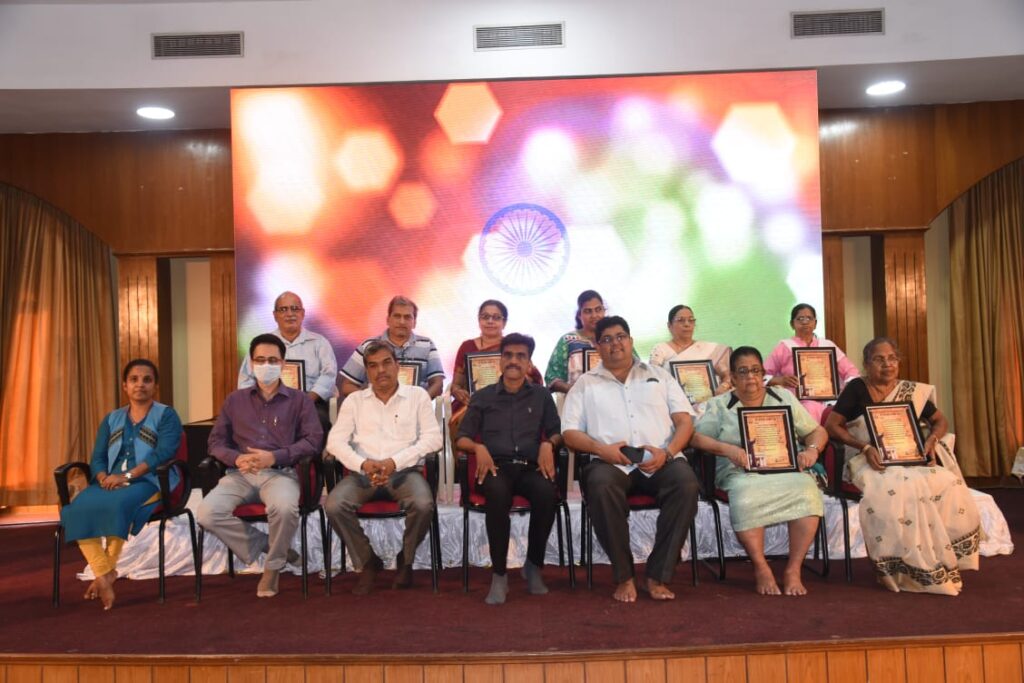 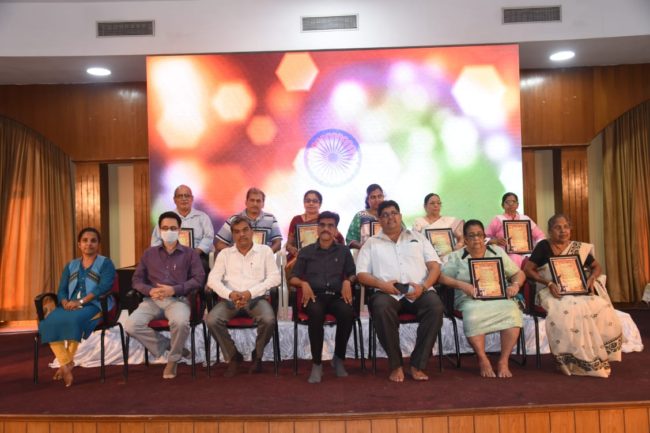 Minister for Water Resources, Shri Filipe Neri Rodrigues felicitated 10 eminent freedom fighters from Salcete Taluka posthumously for their contribution towards freedom Struggle of Goa, at a programme titled `Sangharsh Sanman` organized by Ravindra Bhavan, Margao in association with Department of Information and Publicity held at Margao, yesterday. The Family members of the freedom fighters received the honour on behalf of them.

The Minister further emphasized the need to showcase our culture, tradition and history and freedom struggle across the Country during the yearlong celebrations of 60 years of Goa`s Liberation. People of Goa has always wholeheartedly supported for projecting Goa at International level through its culture, traditions, tourism etc., and Goa has adjudged as best State among Smaller States in the Country. In Goa, there is no dearth of artist, tiatrists, sports personalities, farmers, musicians, etc, whose contributions are tremendous. Let’s us work together and unite to preserve our culture and tradition for betterment of our future generation he remarked.

The Water resource Minister said that Goa is a unique State. Goan people are friendly and have unity among them. We may raise many questions against certain decisions of the Government, but we Goans are never divided based on religion, caste etc. We are united and that’s the beauty of Goan people, he said and urged to keep the same in future too.

Smt. Sanghmitra Faldessai welcomed the guest; Shri Anant Agni compered the function while Shri Prasanna Acharya proposed the vote of thanks, as informed by the Department of Information and Publicity.