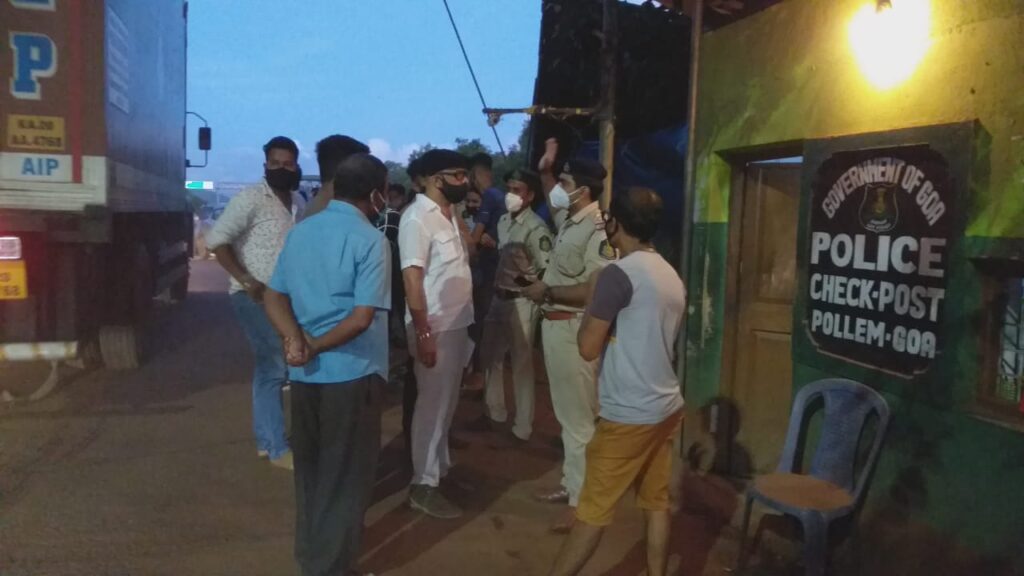 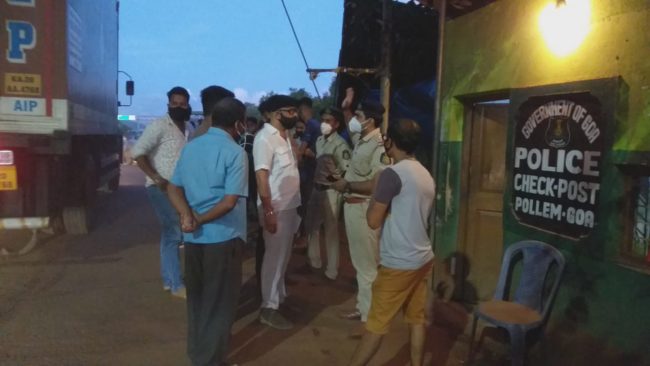 POLEM: High voltage drama at Polem check post after the police at Mazali, Karnataka check post denied entry to Goans wanting to enter Karnataka since Tuesday afternoon.
Hundreds of locals and Congress leaders from Canacona later went and questioned the Mazali checkpost police on why entry is denied to people going to Karnataka only to be told of the fresh SOP issued to this effect by Karnataka government.
The police however were not in a position to show a copy of the fresh SOP.
Later the agitated locals together with Congress party leaders blocked entry to the vehicles coming into Goa.
Sensing the situation going out of control the Mazali police allowed entry to the state late evening.