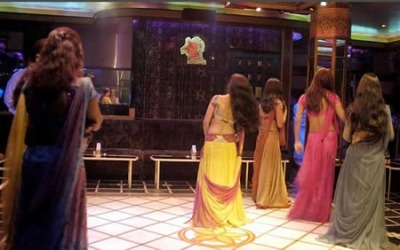 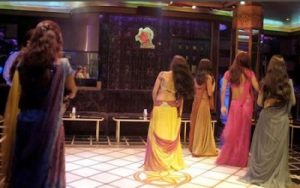 SURAJ NANDREKAR/
Goemkarponn
CALANGUTE: The Villagers of Calangute are up in arms over the dance bars, and the bouncers abusing and assaulting the local youth for no reason. Not just this, but the dance bars have tarnished the image of the entire Goa, which is a popular tourist destination across the World.
As per the latest report of the Village Panchayat of Calangute, which has taken an aggressive stand of shutting down these illegal dens of prostitution, there are around 14 dance bars operating in its jurisdiction, and there are two places where the pimps operate from – Tito’s lane, Saunta Waddo and Tourism Complex, Calangute.
They are – Mehfil Bar & Restaurant, Opp. Monginis, Umta Vaddo; Nirvana Night Club, near Infantaria, Uma Vaddo; Icon Pub, Near Vrundhavan restaurant, Naika Vaddo; Devils Club, near Navtara, Khobra Vaddo; Three Kings, near Walke building, Khobra Vaddo; Club TAO, CSM junction, Khobra Vaddo; 39 steps, CSM hotel entrance, Khobra Vaddo; Posh Nosh, near Linda Goa, Khobra Vaddo; Chawla Dilliwala, near Tarcar Ice Factory, Gaura Vaddo; Black Heart, Opp. Navarata restaurant, Gaura Vaddo; Norms Pub, Opp. Ronil, Saunta Vaddo; Hangover Dance bar at Souza’s Calangute beach (Jude); Baywatch at Calangute Beach, Umta Vaddo (Benedict Rodrigues); Royal Jamus Nightclub, Khobra Vaddo; Pimps at Calangute Tourism Complex and Pimps at Tito Club Lane at Saunta Vaddo.

History of Dance Bars
It is not just yesterday or a year ago; the dance bars in Goa have been operating since 2010. While everyone knew this, only the police, politicians and Panchayat could not see the illicit trade.
While several tourists complained of being looted and assaulted by the bouncers at dance bars, the police did nothing. Sources reveal this was due to the blessings of the politicians, Panchayat and the police’s top bosses.

The Village Panchayat of Calangute has written to Collector North to seal the premises operating illegally without valid licences.
“In view of the above-cited subject, this is to bring to your kind notice that in the jurisdiction of the Village panchayat Calangute, a lot of illegalities/ unwanted activities are going on, which leads to nuisance and creates a bad image of the Village Calangute and the State of Goa since Calangute village is a Tourist destination,” the Calangute Sarpanch Joseph Sequeira has written to the Collector.
He says some of the restaurants obtain a license for the restaurant and operate as dance bars/nightclubs etc. “The Panchayat issued notices to them on many occasions. However, they need to obey the panchayat orders. In this regard, I humbly request you to issue instructions to this office to seal/seize the premises which are operating illegal activities without any licence and creating a nuisance and bad image for the Village panchayat Calangute and the state of Goa,” he said.

The Sarpanch of Village Panchayat brought to the notice of all panch members that many illegal activities are going on in the jurisdiction of Panchayat, such as dance bars, touts, beggars, prostitution, etc.
Due to which, the image of the village of Calangute is getting spoilt. Hence it is required to take necessary steps to stop such illegalities/activities carried out in the Panchayat jurisdiction. It is further brought to the notice of the Panchayat that the sealing of the premises is not in the empowerment of the Panchayat.
The matter was discussed in the meeting, and it resolved to write a letter to the Chief Minister, The Collector, North, Dy. Collector Mapusa to issue directions to this Panchayat to seal/seize the premises carrying out illegal activities without having a valid license from the Panchayat.