THEY LOST THE BATTLE BUT WON THE HEARTS 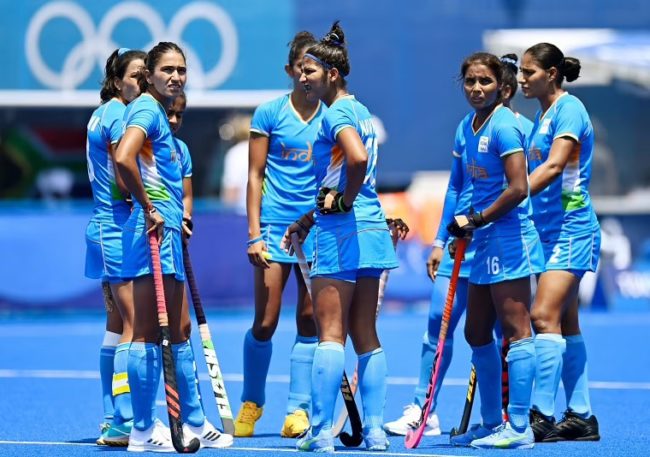 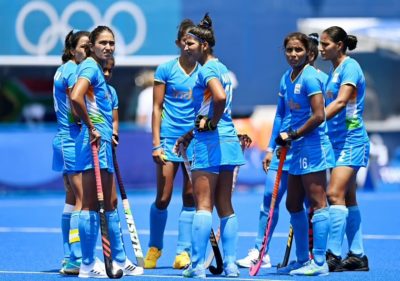 Goemkarponn desk
TOKYO: The history-making Indian women’s hockey team’s dream of securing its maiden Olympic medal remained unfulfilled as it lost 3-4 to Great Britain in a hard-fought bronze play-off match at the ongoing Games on Friday. The Indian women had already created history and surpassed all expectations by entering the semifinals of the Games for the first time. But the maiden Olympic medal remained out of bounds as world no.4 Great Britain, who were gold-winners in the 2016 Rio Games, came out on top in the pulsating encounter.
The heartbreak came a day after the Indian men’s team ended a 41-year-old medal drought by clinching bronze with a 5-4 win over Germany.
The Indians played their hearts out and overcame a two-goal deficit to lead 3-2 at halftime.
But a desperate Great Britain gave their everything in the second half and scored two goals to snatch the match from India’s hands.
India scored three goals in five minutes through Gurjit Kaur (25th, 26th minutes) and Vandana Katariya (29th) to stun Great Britain.
But the Britishers found the net four times through Elena Rayer (16th), Sarah Riobertson (24th), skipper Hollie Pearne-Webb (35th) and Grace Baldson (48th) to emerge winners.
India’s best performance in the Olympics was a fourth-place finish in the 1980 Moscow Games. There were no semifinals in that edition as only six teams competed in a round-robin format, with the top two in the final.