Those who consume drugs will also be arrested, says CM Sawant 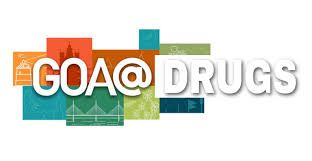 PANAJI: Chief Minister Pramod Sawant said that the authorities have been cracking down on drug peddlers and night parties.
“We have been cracking down on drug peddlers as well as night parties. We are also taking action on places where drugs are consumed,” said Sawant.
He further said that Goa is only known for its tourism and not drugs. Sawant said that Goa is a safe destination for tourism.
“Those who consume drugs will also be arrested; many raids have taken place in the last few days, and peddlers have been arrested under NDPS Act,” he said.
Chief Minister also said that nightclubs and other spots where late-night parties happen are also under the radar of the police. Sawant said that owners would be booked if it is found that drugs are consumed on their premises.
“We will not tolerate drugs in Goa. ANC is working effectively in coordination with all departments to eradicate drugs,” Sawant said.