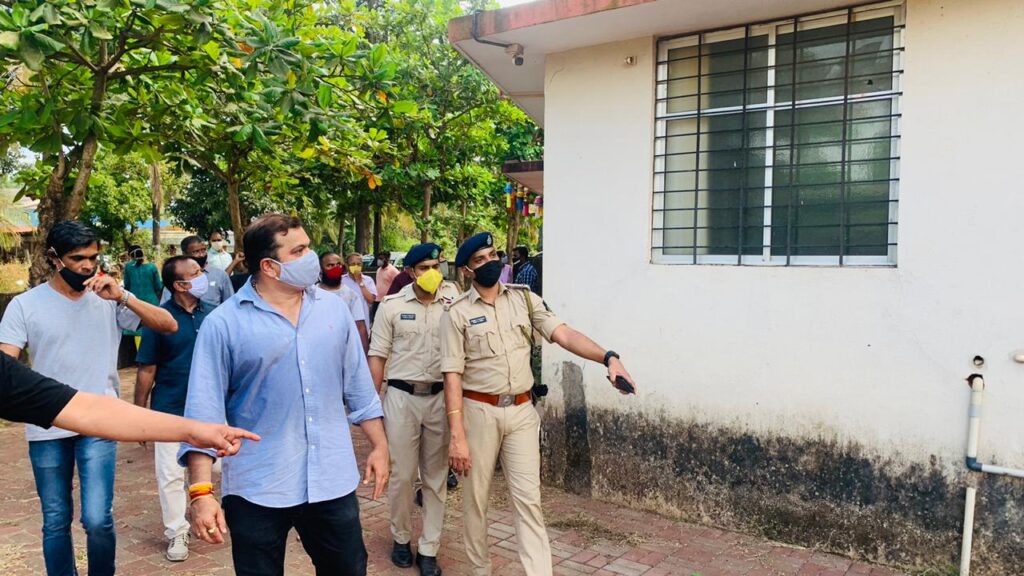 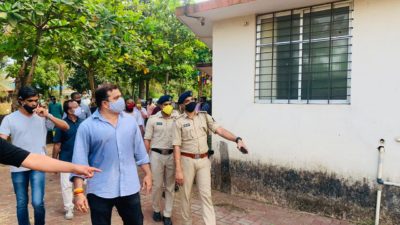 Porvorim: In an incident of attack on an educational institution, unidentified culprits have vandalized the building and a bus of Triumph High School at Porvorim during Diwali weekend.

Local MLA Rohan Khaunte, who is part of the school management, has demanded arrest of the culprit by local police within next eight days failing which he has threatened to include Police as a party to the incident of vandalism.

Khaunte recalled that similar incident had happened one and half year back, when formal complaint was filed with police, who went without investigation as it was considered as “minor incident.” The MLA said that the vandalism of the school, little before the reopening of the classes, has left teachers and staff members frightened for their own security.

The glass panels of the school building and a Bal Rath (Bus) has been vandalized by the miscreants. Khaunte said that the entire act looks like “planned action” to target the particular school.

He, however, refused to read “political intent” in this case “at this juncture” giving complete scope for investigation to the police department. He questioned why the area around the school went without being patrolled on Narakasur and Diwali days, when “PI was going around with lathi breaking down the sound system and effigies on that day.”

“My serious charge is on present PI who acts at the whims and fancies of the chief minister. He is nothing but a remote controlled person. If they are able to investigate and take action, I will appreciate. And, if they are not able to do, I will make them the party and the whole matter will be concluded that cops are hands in gloves. Vandalism of a school is a serious offence,” he said.

Khaunte said that the crime has gone up in Porvorim, and demanded Deputy Superintendent of Police to act immediately into the matter.

“SP has made Goa as Bihar and UP. SP North has learnt the art of pleasing his bosses,” he commented.

“We are losing faith in the law. The time has come when Goans will take law in their own hands,” Khaunte added.