Truck falls into trench at Khaddem-Balli 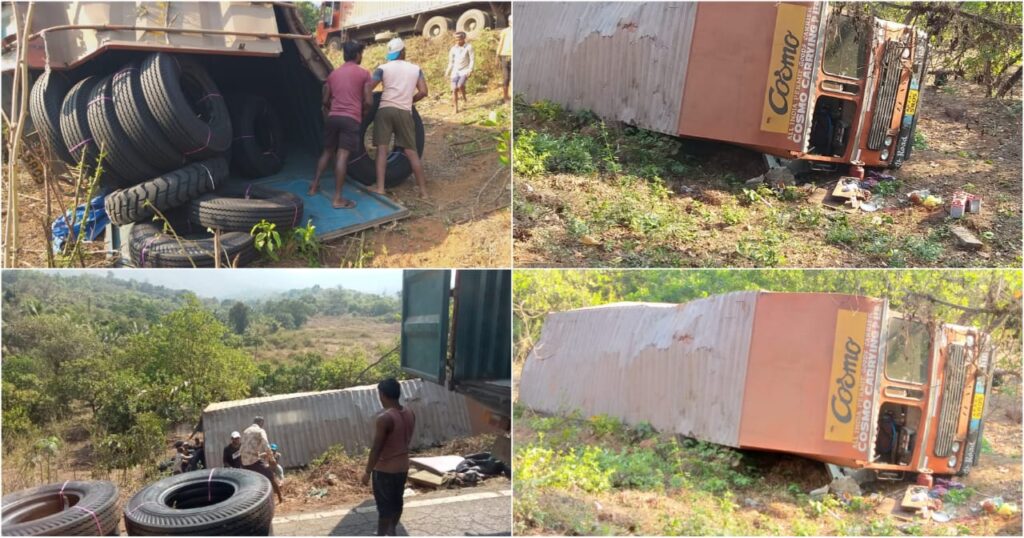 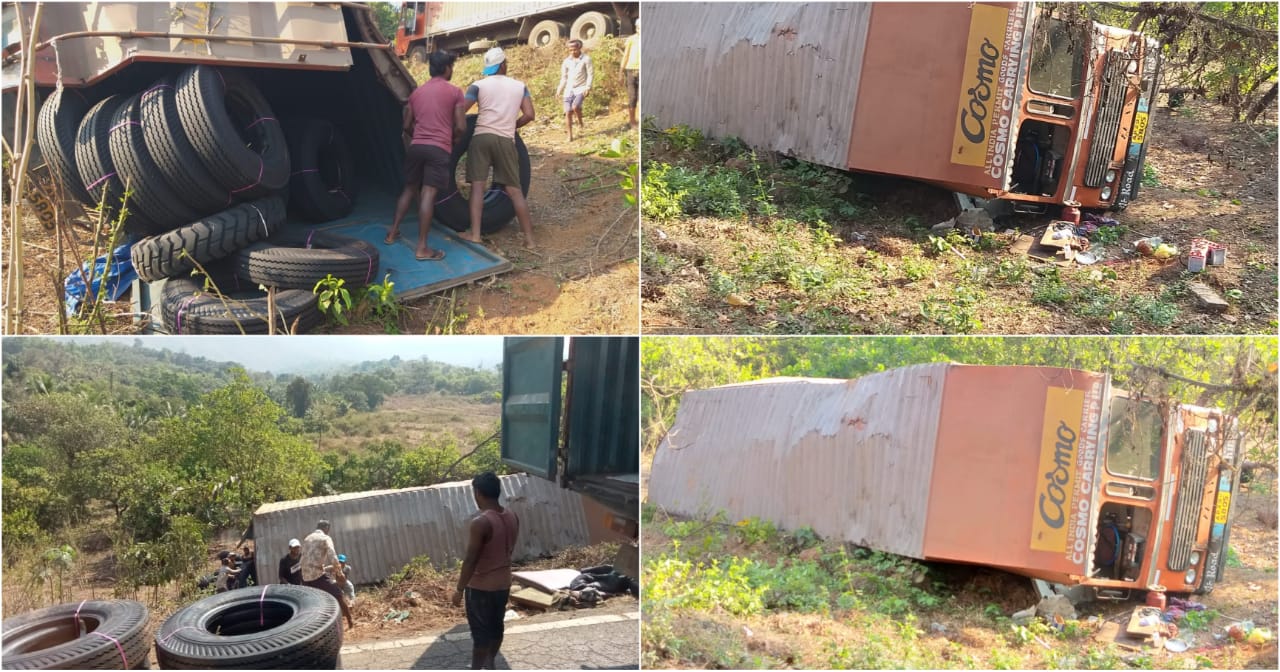 CANACONA: A truck carrying tyres to Andhra Pradesh fell down the treacherous section of NH-66 at Khaddem-Balli early Tuesday morning.
Luckily no one suffered major injuries, except for minor bruises in the mishap.
According to sources, the truck (AP-29 U 5805) loaded with MRF Tyres from MRF factory (Ponda) was headed to Hyderabad, and while driving on NH-66, when it reached a straight but narrow section, the truck fell on its side and rolled over at least 15 feet below.
Incidentally, the Highway’ section has no space but a sudden gorge on its eastern side, due to which the truck fell off the road when the truck slightly strayed to its left, informed sources.
The driver reportedly blamed the ill-conceived road for the mishap, ‘What I’ll say, I was only driving on one side and while giving enough space to an oncoming vehicle, my truck fell down and rolled further down. The road section is very treacherous, especially for a national highway. There is no retaining wall nor sufficient space beyond the tarred road. It should have proper barracks or at least a crash-\barrier to protect running vehicles from down the gorge’.
Incidentally, an alternate Vehicle had already reached the location, and workers were seen shifting the tyres to another vehicle for onward transportation.