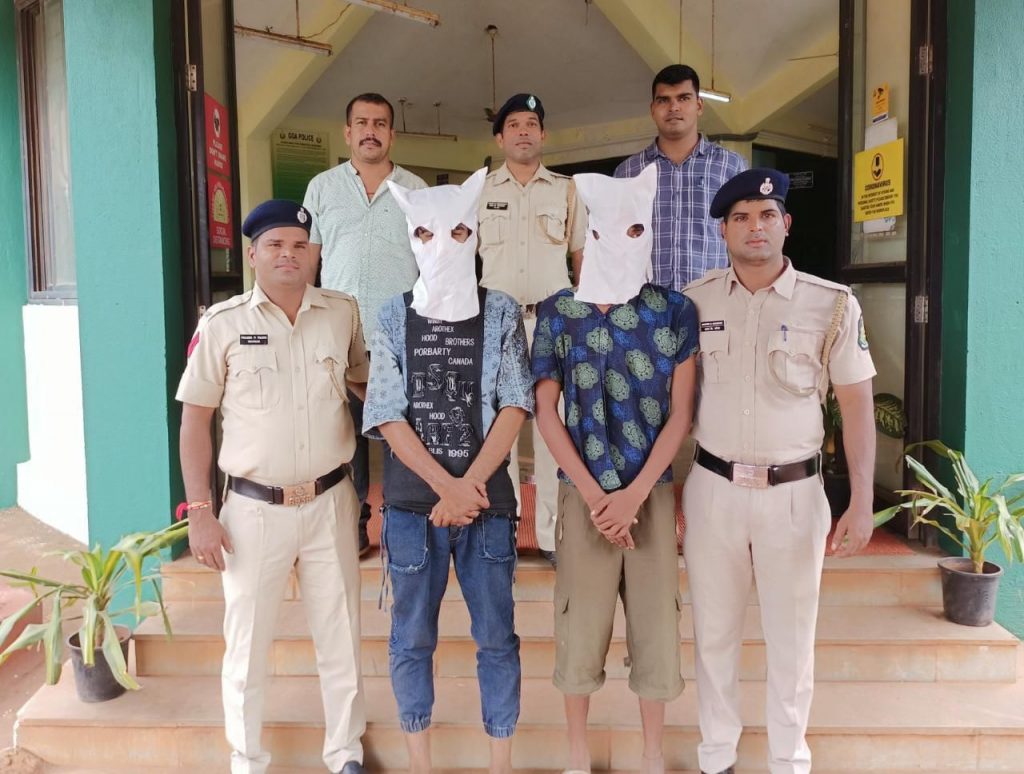 Goemkarponn desk
MAPUSA: Anjuna Police Station have arrested two Kerala natives for committing the theft of two mobile phones at Anjuna Beach.
As per SDPO Mapusa Jivba Dalvi, a complaint was lodged by one Mohammed Shamil N/o Malapurram, Kerala informing that his and his friend’s phone was stolen while they were at Anjuna Beach on 21/08/2022.
In this connection, immediately a case was registered, and the 02 accused persons, namely 1. Mr Mohammed Tahir and 2. Mr Sohel Sudhir, both N/o Kerala, was placed under arrest under sections 379 IPC.
Police Successfully recovered both Mobiles at the instant both were Accused.
Further investigation is with Head constable Yogesh Korgaonkar under the supervision of PI Prashal Naik Dessai.