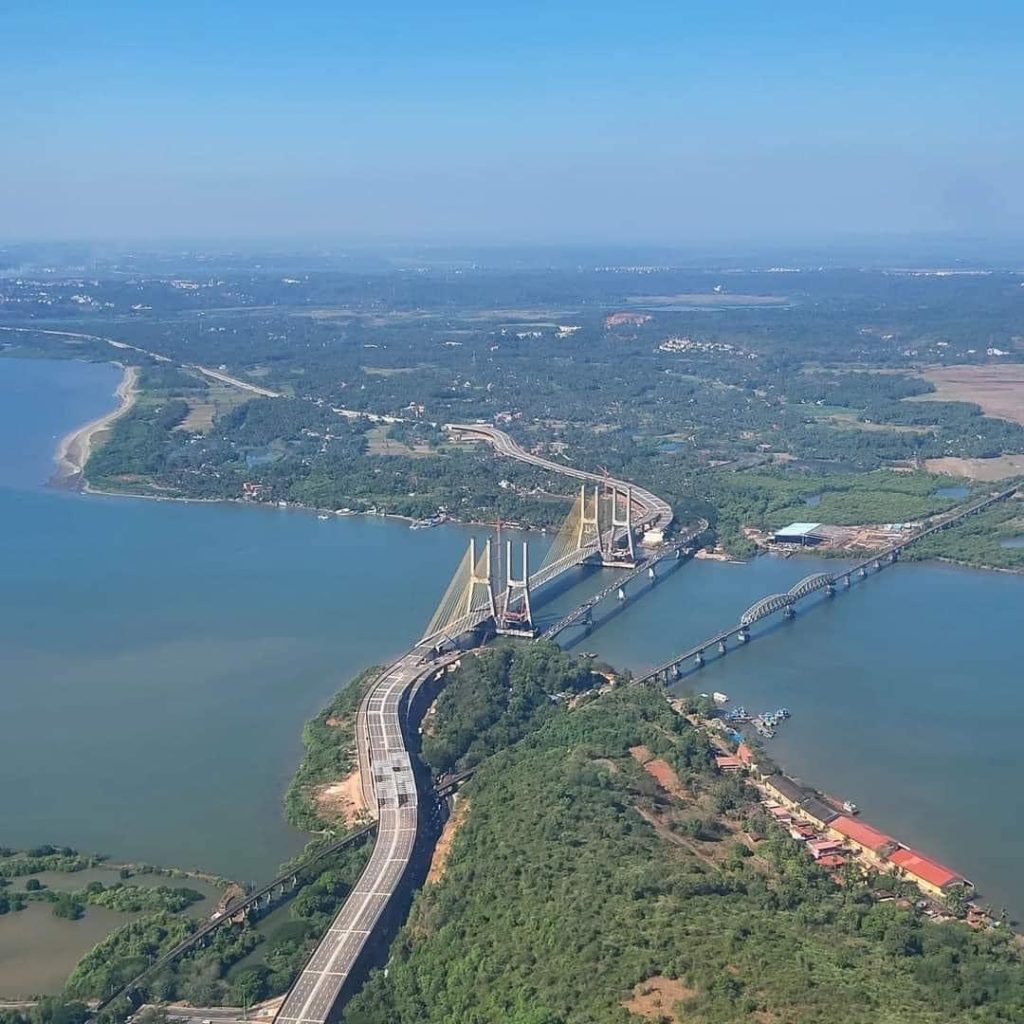 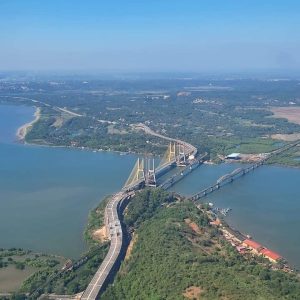 Goemkarponn desk
PANAJI: Union Road Transport and Highways Minister Nitin Gadkari will on Thursday evening inaugurate the first phase of a new bridge constructed on the Zuari river in Goa, Chief Minister Pramod Sawant has said.
The cable-stayed structure, termed by the government to be the country’s widest bridge once fully completed, is located on the Zuari river at Cortalim village on Margao-Panaji National Highway, about 15 km from the state capital.
The bridge is considered an important link between North and South Goa.
CM Sawant told reporters on Wednesday that Union minister Gadkari will inaugurate the first phase of the bridge during a function scheduled at the site on Thursday evening.
He said the bridge would be opened for traffic from Thursday midnight.
The bridge will reduce the travel time between North Goa and South Goa districts, he said.
An old bridge on the river, which was constructed in 1980s, has not been able to withstand the increasing traffic load on the national highway.
The new bridge is part of a Rs 2,530 crore project covering a distance of 13.2 kilometres between Bambolim (North Goa) and Verna (South Goa) villages.
Dilip Buildcon Limited, which is constructing the new Zuari bridge, has said the entire eight-lane project will be completed by April 2023.