Universities of Cochin, Mangalore agree to introduction of Konkani: Guv 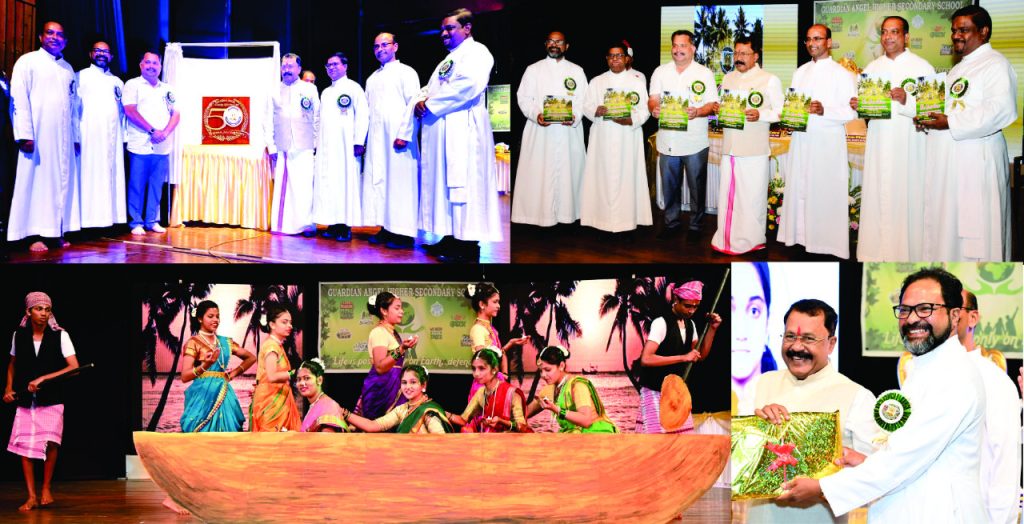 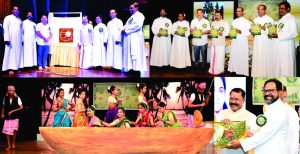 Goemkarponn desk
CURCHOREM: Governor of Goa P. S. Sreedharan Pillai  addressing the students, parents and staff of Guardian Angel Higher Secondary School, Curchorem, on the occasion of launching a ceremony of stepping towards the golden jubilee of the establishment of their Institution at Ravindra Bhavan hall, Curchorem.
He said that the institution has achieved remarkable achievements over the last several years where a way was shown to thousands of students.
“Konkani language is one of the beautiful ancient languages in India, and it is not confined only to the state of Goa but in Karnataka and Maharashtra people speak too, and in my native state of Kerala, it is the mother tongue of more than two lakh people.’ said Pillai and informed that as a Chancellor of Goa University he suggested universities of Cochin and Mangalore to introduce Konkani which they accepted it in principle.
He also lauded the efforts of the Pilar fathers in establishing the Xaverian Education Society to promote education in remote parts of Goa. “The Christian missionaries have given the greatest, most important contribution in the field of education. If one can analyse, they prepared around 80 dictionaries including in my own original Malayalam language besides encyclopedias and grammar books,” stated Pillai.
In his speech, Guest of Honour PWD and Environment Minister Nilesh Cabral said that presently India has the youngest population and a bright future for them. “Work hard, value time and innovate new ideas for the progress of the Nation as the world is changing rapidly.” Said Cabral and urged the students to respect and listen to their parents and teachers.
Retired teachers Martin Barbosa and Suneela Phadke, including some toppers of the institution at the Goa Board examination, were felicitated, and the school magazine “The Guardian” and specially designed 50 years logo was released in the hands of Governor Pillar in the presence of Guests of Honour Nilesh Cabral and Vicar General of Society of Pilar Fr. Steevan D’Souza, Chairman of Xaverian Educational Society, Fr. Mateus Fernandes, Principal Fr. Walter Miranda, Manager Fr. Jerry Vaz and Parish Priest of Guardian Angel Church, Curchorem Fr. Vital Miranda.
Later, students presented various cultural programmes like Goan Folk dances, English and Konkani plays, western dances and an innovative item.