Usgalimol petroglyphs in South Goa get shortlisted as a UNESCO World Heritage site! 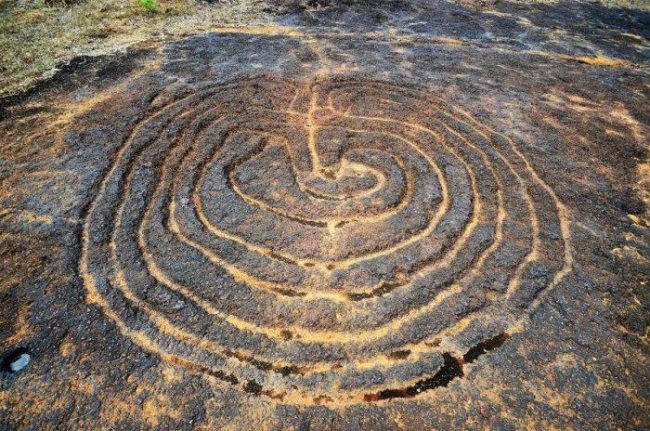 SANGUEM: Bringing cheer to the state and the country, the Usgalimol petroglyphs in South Goa have now been included in the provisional list of UNESCO’s list of World Heritage sites. With this, Goa is now home to two UNESCO World Heritage sites, including these petroglyphs and the churches and convent of Old Goa. It is surely a moment of honour for the Archaeological Survey of India, Goa Chapter.
Celebrating Goa’s rich history!
Located at the banks of the Kushavati River in Sanguem taluka, these carvings date back to around 8000 BC. Belonging to the upper Palaeolithic and Mesolithic periods, which is commonly known as the Stone Age, these rock carvings represent Goa’s rich history. On Tuesday, historian Prajal Sakhardande took to his social media handles to announce this cheerful news to the public.
After struggling for 12 long years, Indian historians have finally gotten the fruit of their labour now.
Talking about the journey, historian Sakhardande said, “In the year 2010, we had sat with the then ASI officer Abhijit Ambekar and prepared the application and report to be presented to the ASI, New Delhi and UNESCO. We at the Goa Heritage Action Group also presented to the UNESCO committee in Bombay in April 2012. Finally, I congratulate the Goa State Archaeology Department and the Goa ASI Chapter, ASI New Delhi and UNESCO.”
9 historic places in India make it to UNESCO’s tentative list!
As per the intimation by the Director of UNESCO World Heritage Centre, Lazare Ilondo Asomo to Vishal Sharma, Permanent Representative of India to UNESCO, a total of nine sites have been added to the provisional list of World Heritage Sites. In addition to these rock carvings in Goa, the remaining eight rock carving sites that have been included in this tentative list are located in Maharashtra.
After making it to the tentative list, a comprehensive proposal will be chalked out for the sites that meet all the requirements and conditions prescribed by UNESCO to send a proposal after the conclusion of the state-level process for preserving artefacts.
Notably, the proposals will be supervised and scrutinised by the Central Archaeological Department before making the final cut. Later, an expert committee from UNESCO will visit the sites to inspect the heritage sites and suggest changes. These sites will then be finalised in line with the recommendations of the UNESCO experts.