Vasco fraud “victims” demand justice* People demand that accused Noor Ahmed must not be granted bail; money has to be recovered 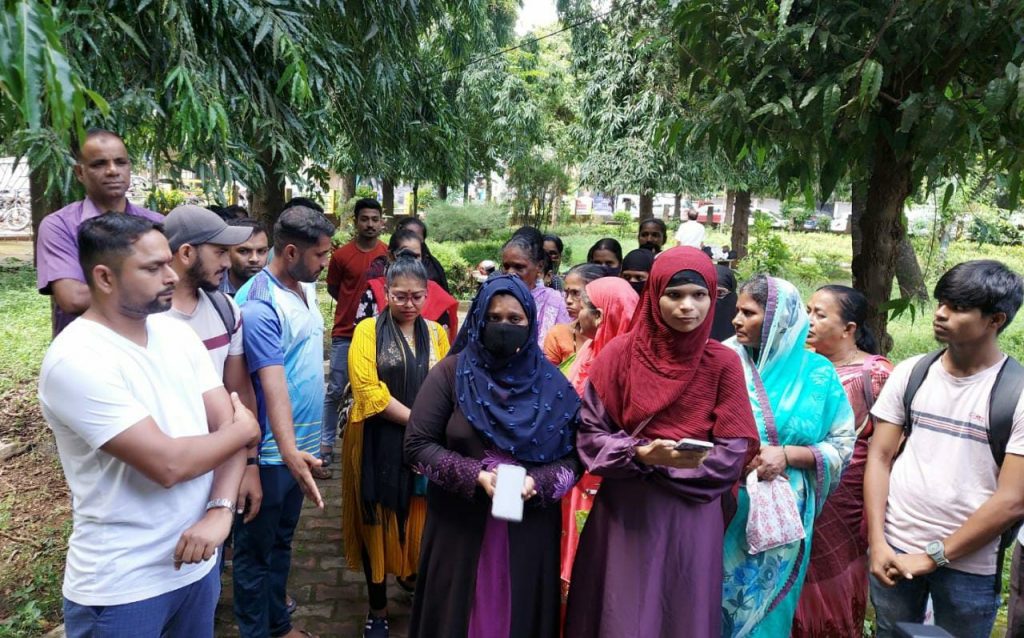 Goemkarponn desk
VASCO: A day after the accused was nabbed at the Nepal border, several victims of the conman Ahmed Noor gathered at Vasco on Thursday morning demanding justice and strict action.
The Economic Offences Cell (EOC) has arrested Vasco conman, Noor Ahmed, from the Nepal border for allegedly cheating at least 250 persons under the garb of a real estate Ponzi scheme.
The victims, while thanking the Goa Forward Party and the police for having nabbed the accused, demanded that the culprit be given the most stringent punishment so that it sets an example and no one ever dares to pull off such a Ponzi scheme
The victims also requested the police and the judiciary not to grant bail to the accused but instead recover the money and help the victims who had fallen prey to the fraud.
Ahmed, absconding since early July, was arrested by the EOC of Goa Police with assistance from the Goa Police Crime Branch, Raxaul Police Station, Bihar and the Nepal Police.
Superintendent of Police (EOC) Nidhin Valsan has urged the State not to fall prey to schemes promising unrealistically high returns and urged people to complain on the 112 helplines if they come across any such irregularities.
Ahmed, along with his wife, had hatched dishonestly and induced all the victims of his scheme to part with Rs. 4 to 5 lakh in return for apartments in the Vasco area.
The property was being given on a lease for 3-5 years by executing a leave & license agreement before a notary. “The accused tactfully pretended to be in possession of these leased flats, which were owned by others,” said Valsan.
“He has cheated all the complainants to the tune of Rs 3.17 crore approximately,” he added.