Youth loses limbs in the accident 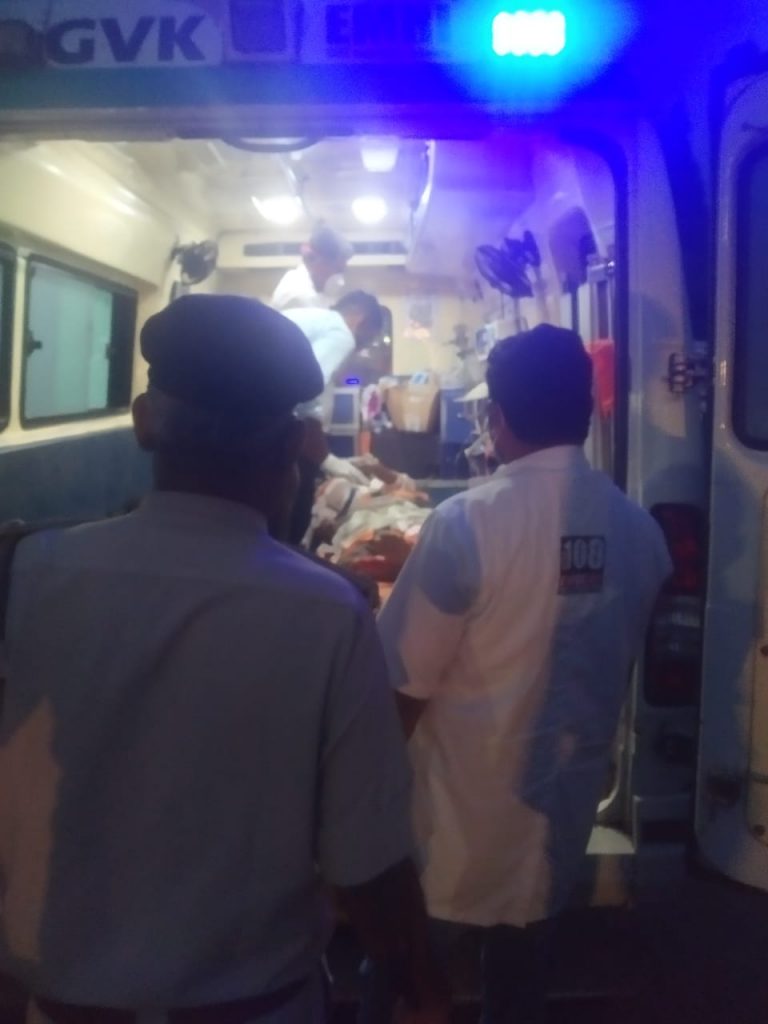 Goemkarponn desk
CORTALIM: On Wednesday evening, Vasco traffic PI Shailesh Narvekar saved the life of an injured man hit by a train at ” Selfie point ” in Cortalim.
Narvekar also coordinated with the Verna Police and Konkan Railway police to stop a passing train so that the injured person could be shifted by an ambulance for further medical attention.
The injured man, identified as Rudal Ram (35), primarily seemed to have lost his limbs in the train accident.
Vasco Traffic PI Shailesh Narvekar informed reporters that he was on duty below the Cortalim bridge when a local resident approached him and informed that a man was hit by a train.
“The person said that the man hit by a train was grievously injured but still alive and I, along with my staff, rushed to the spot. We saw that the man was on tracks with serious injuries along the track, and I immediately called the 108 and also contacted the Verna police and the Konkan Railway police and requested for assistance,” he said.
Te added that they sent their staff immediately, and the 108 also arrived, and with their help, we sent the injured man to the GMC for further medical attention.
“I also contacted one station master to stop a running train for some time so that we could shift the person to the hospital. A lot of people move on the tracks above the bridge, and I appeal to these people not to move along the tracks, and I have also informed local residents not to allow people to move on the tracks because it is very risky with speeding trains moving along the track and there have been train hit incidents in the past as well,” said Narvekar.