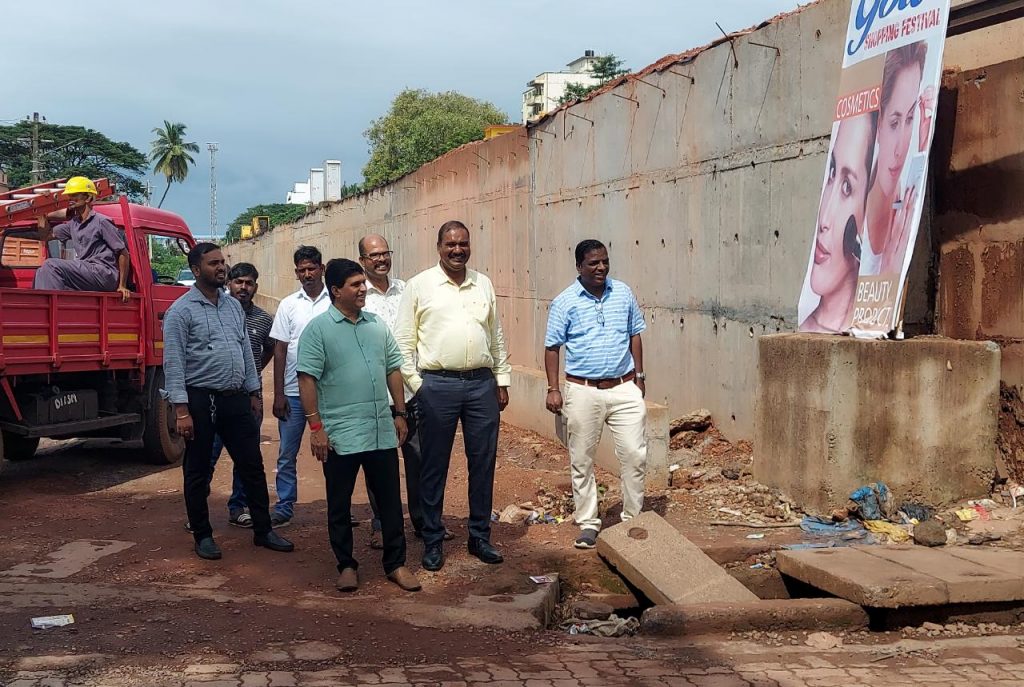 Goemkarponn desk
VASCO: A day after the Railways sanctioned a new overbridge near Tanya hotel, Vasco MLA Krishna Salkar said it was the need of the hour as the authorities faced major issues during the emergency of the Naphtha fire at Dactolem.
He said this was a long-pending issue of access to emergency vehicles in areas of Mestawada and Mangor areas.
He said the Central railway ministry has now sanctioned a 4-meter height for the bridge.
Salkar said the height of the existing railway overbridge was too low, and emergency vehicles like the Fire brigade and ambulance could not pass through.
“The vehicles have to take a long cut, and in case of emergency, we lose crucial time,” he said.
Recalling the Naptha fire at Dactolem, he said he had planned to increase this height.
“On day one of becoming MLA, I had resolved to take up the issue. The increase in height will allow most vehicles,” he said.
Salkar that the Railway Ministry as well as CM Dr Pramod Sawant for following up with the central government.
“This is what the double engine-sarkar means,” he quipped.
MMC Chairperson Leo Rodrigues, who was also present for inspection, said that the increase in height was the need of the hour.
“For the people living in Baina, this was a major hurdle and the increase in height would resolve major issues,” he said.