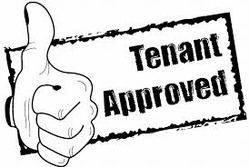 PANAJI: The Goa Police Department has urged all the house owners, hoteliers, guest house owners, and contractors to submit the Tenant/ guest verification information to the concerned Police Station in a bid to avoid heinous crimes reported in the state.
Goa Police also informed us that they have already started with the tenant verification drive.
“In last few years, various Heinous Crimes reported in the State of Goa have the involvement of migrants, tourists or labours as the culprit. Tracing such accused in many of these cases was prolonged due to non-submission of Tenant Verification forms to Police by the house owners, hotelier, guest house owners, contractor etc.,” Goa Police said.
Police further said that going through the current crime and security scenario, it is the hour’s needed to ensure the tenant verification form submission to the concerned police station.
Police verification of tenants helps track the absconding culprit, enhances the security of the premises, and helps work out heinous crimes.
“State of Goa being frequented by tourist and migrant population, there is every possibility that anti-social elements, hardcore criminals, fugitive, absconding criminals might take shelter in the State as a tenant,” it said
Meanwhile, the Police said that the high demand for rented accommodations, especially from migrant populations, makes it an attractive avenue for homeowners. However, while selecting the tenants, people often ignore the importance of tenant verification and let out their properties sans legal, due diligence.
“This is not only dangerous for the property owners but for the safety of the general public and also for the security of the State at large,” Police said.