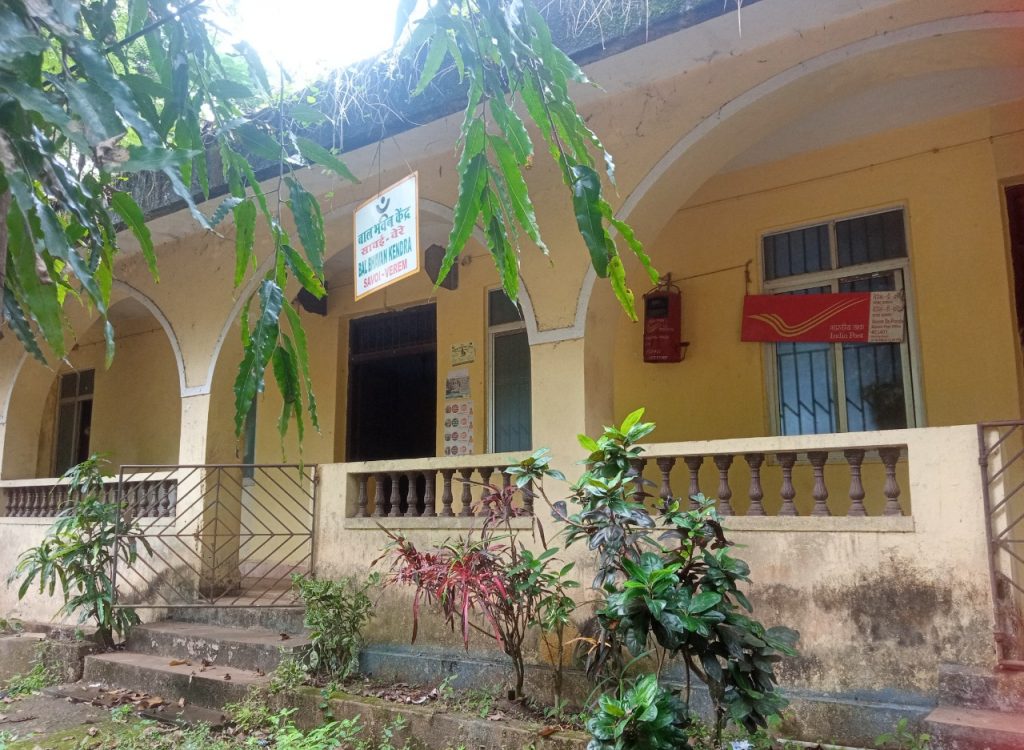 Goemkarponn desk
Savoi-Verem: Locals of Savoi-Verem have appealed that the building of Bal Bhavan be renovated on an urgent basis to avoid any adversity. According to villagers, this Bal Bhavan Kendra is dying slowly due to negligence in regular upkeeping by the concerned authority.
Minu Gaude, the former panch member of VP Savoi-Verem, said that during his tenure, VP had written to the Rural Development Agency (RDA) to take up the maintenance and repair work of said building. Later due to Panchayat panel alteration and a few unavoidable circumstances, the renovation work remained pending, he added.
One out of two rooms of this building is divided into two compartments wherein one compartment is used as Bal Bhavan during evening hours and as a Post office during morning hours. The other room is rented out to milk dairy, added Gaude.
Prayag Naik, an artist from the same locality, said the artist community of the village hires this compartment for rehearsing drama/dance during the late hours of the day. 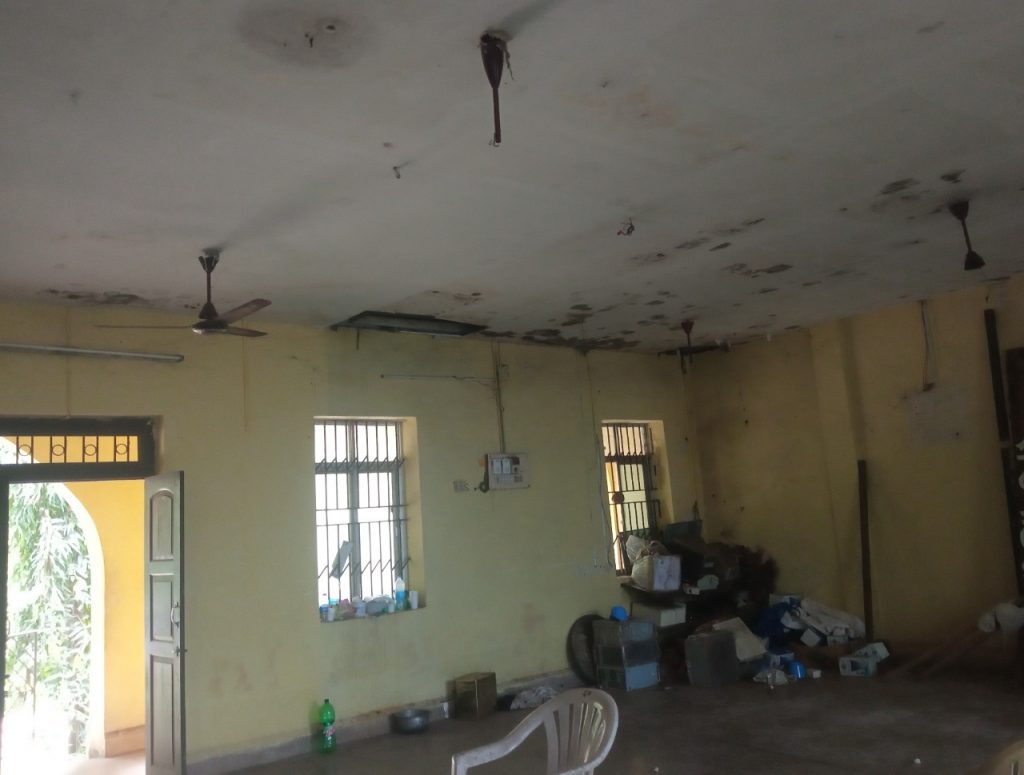 Ashtvi Naik, an 8-year-old who learns dance at this Centre, said that the broken toilet door latch often causes embarrassment. Adding that the toilet floor tiles are also broken, she said the damaged ceiling of her dance class causes inconvenience during monsoon due to leakage. “Continuous leaking of rainwater through damaged ceiling gives an appearance of a pond to our class”, said Ashtvi.
This Bal Bhavan runs thrice for two hours a week and sees a visit of around 20 to 25 children per batch. Informed a music teacher working at this Centre. “I requested the VP authorities to repair and maintain this building several times, but our request fell on deaf ears”.
Mentioning that the building needs an urgent repair, he said, frustrated with fake assurances from authorities, recently this month, I installed a light fixture by spending money from my pocket. Furthermore, he added that a user has tied a tube light to the fan, which is also adding up to the list of risk factors.
Asmita Naik said that her daughter always complains about the non-latched washroom. Naik added that the corner roof tile of the building that had blown off is awaiting repair. “These unsafe premises needs urgent attention since it is putting the safety of our children at stake”, added Naik. Yet another parent of a seven-year-old child from Volvoi said, apart from those problems mentioned by others, stray cattle take shelter in the corridor and leave behind cow dung in the passage threatening the slipping-off of children on the wet-slippery surface.
When contacted, Shobha Perni, Sarpanch VP Verem-Vaghurme, said the VP is in the process of renovating the building, and the work of its repair and maintenance will be taken up soon.