Western Bypass to be constructed on stilts: CM assures the House 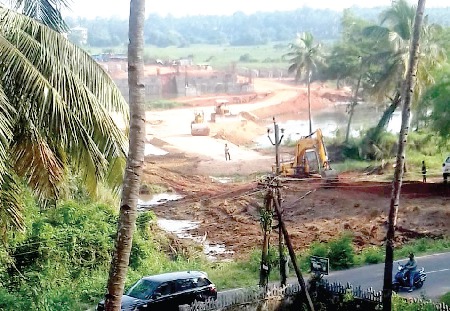 PANAJI: Chief Minister Pramod Sawant today has assured the House that the Western Bypass will be constructed on stilts.
Fatorda MLA Vijai Sardesai, Margao MLA Digambar Kamat and Benaulim MLA VENZY Viegas had raised the issue in the House.
Sardesai said that the construction of the Western Bypass by filling low-lying paddy fields would cause massive flooding in Mungul and Maddel.
Stating that he has been fighting to construct the Bypass on stilts in these flood-prone areas, Sardesai said his suggestion was upheld by the 10-member committee constituted by the National Green Tribunal (NGT) to study objections raised with regard to the construction of the Bypass in this area.
Former Benaulim sarpanch Royla Fernandes had moved the NGT, pointing out that the construction of the Western Bypass on earthen embankments through the villages Seraulim to Benaulim would lead to water stagnation resulting in flooding and inundation of houses located in the vicinity.
He said that the residents demanded that the road be constructed on stilts.
It is pertinent to note that there was also a strong demand from the people and children from Benaulim and Seraulim to build the western Bypass on stilts.