Why Goa needs to regularly desilt its water bodies?

CPIE India research paper indicates many water bodies, ponds, creeks and lakes in Goa are in drastic need of desilting 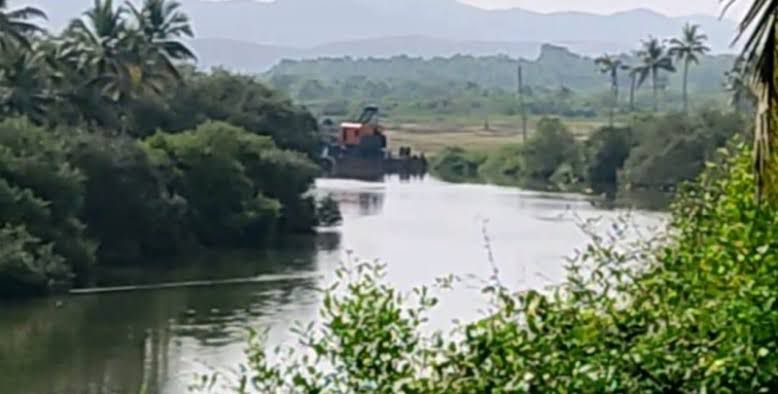 Goemkarponn desk
PANAJI: According to a research study conducted over the last month by the CPIE India (Centre for Promoting Indian Economy), several water bodies in Goa, including small ponds, lakes, rivulets and even river beds, are in drastic need of desilting as the silt build up in these water bodies has greatly reduced the carrying capacity of the water body basins over the years, which can lead to widespread flooding in future.
According to Prof. Altin Gomes – who worked with the CPIE India on this study, locals and some environmentalists in Goa are against the concept of desilting lakes, river beds and ponds and very often mix it with another technical concept called dredging.
Villagers, panchayat members and some environmentalists raise a hue and cry when desilting activity in Goa is carried out in water bodies on the grounds that the natural flora and fauna on the bed will be destroyed. But this is far away from the truth as desilting only removes accumulated silt and does not disturb the bedrock. Further, while the benefits of desilting are manifold, the plant and piscine life regenerates within a few months, opined Gomes.
According to Prof Gomes, since states like Goa have a larger number of water bodies, including lakes, estuaries, rivers and other wetlands, not to forget rivulets and flood drains, it is imperative to ensure that all these, including river beds, are regularly desilted as a flood control measure and to provide other business and economic activities like transportation, etc. 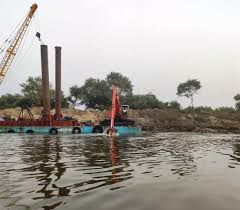 However, there is a difference between desilting and dredging, and very often the former is mistaken for the latter, with environmentalists and NGOs going to town while mixing up the two terms.
“Just like nullahs, stormwater drains and other water bodies are cleaned up before the monsoons to increase their water carrying capacity, even rivers, rivulets, lakes and major rivers need routine desilting for various environmental and economic reasons,” explains Dr Sadashiv Naik, an environmental scientist, associated with a premier fisheries institute in the country who also worked on the CPIE study of Goan water bodies.
Desilting also provides farmers with nutrient-rich soil to be used as manure for fields, gardens and other farming and gardening activities.
Explaining the difference, Gomes explains, “desilting refers to the removal of earthy materials, fine sand, dirt, non-biodegradable matter, garbage etc., carried by running water, particularly during monsoons and deposited as sediment. Due to the deposition of this sediment, problems like choking, reduction in water depth, reduction in basin width and other similar factors impact the overall environmental situation.
De-silting is executed when river flow is obstructed or its basin volume is reduced. It is also a flood control measure and is used for various environmental factors.”
According to Naik, “silt removal is necessary when the breakdown of dead plant leaves and other organic material along with runoff from surrounding fields causes a build-up on the bed of a lake, pond or river. This can have serious consequences on the future of that water and the life there is within it.
The build-up of silt leads to a significant reduction in water depth of the watercourse, increased risk of flooding, the prevalence and release of foul smelling odours from the process of biological decomposition and potentially or eventually the loss of the watercourse or water body.”
Rajesh Shetye, another environmental scientist from Mumbai, says, “dredging refers to the clearing of the bed of rivers by scooping out mud, rocks, weeds and other unwanted materials.
Dredging is a much harsher term as compared to desilting, which in simple terms merely means removing sediment and silt which has accumulated due to natural erosion and monsoon activity and reduced the original water capacity or depth of the water body.”
According to Shetye, who worked on the CPIE India study on Goan water bodies, de-silting does not involve digging or breaking or dislodging the base or bedrock and only refers to the removal or cleaning of the build-up of soft soil and dead plant (and animal) matter and mud that takes up space in the basin reducing its water carrying capacity.