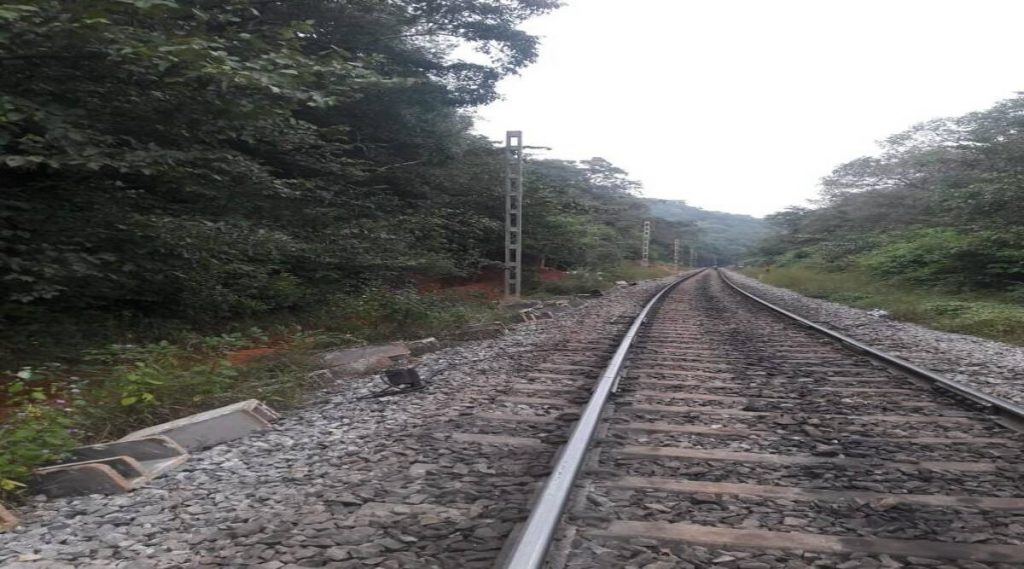 Goemkarponn desk
PANAJI: The Wildlife Institute of India (WII), Dehradun, is set to undertake a study to assess the environmental impact of the proposed doubling of the railway line from Tinaighat in Karnataka to Kulem in Goa. The move comes nearly four months after the Supreme Court on May 9 cancelled the clearance given by the National Board for Wildlife (NBWL) for doubling the railway track.
The WII issued an advertisement on September 1 inviting applicants for different positions, including project scientist, lab assistant, project associate, etc. to conduct a cumulative environment impact assessment. The project is titled ‘Cumulative Environment Impact Assessment on wildlife habitat and ecological values due to proposed doubling of railway track from Tinaighat to Kulem in the northern Western Ghats’.
The proposed railway line will pass through 120.8 hectares of protected area in the Bhagwan Mahavir Wildlife Sanctuary in Goa and 10.4 hectares in Karnataka’s Dandeli Wildlife Sanctuary.
The Supreme Court gave its ruling on the basis of the recommendation of a Central Empowered Committee (CEC) that said the railway line “will be a serious impediment for movement of long ranging animals like tiger and elephant”. However, the court allowed the South Western Railway to carry out a detailed analysis of the project’s impact on the biodiversity and ecology of the protected areas and submit a fresh proposal to the Standing Committee of NBWL.
“The proposed project alignment bisects the tiger corridor which connects Kali Tiger Reserve in Karnataka with Sahyadri Tiger Reserve in Maharashtra and is likely to have adverse impact on tiger conservation in the states of Karnataka, Goa and Maharashtra,” wildlife conservationist Giridhar Kulkarni said.
The apex court had appointed a CEC in September 2020 after the NGO Goa Foundation filed a petition asking that the project be scrapped. The NGO had raised several objections, pointing out that the project would entail further destruction of the sanctuary/national park, chopping down of a large number of trees, and impact the integrity of the protected area. The NGO had also contended before the CEC that an assessment of proper impact on wildlife habitat and biodiversity was never carried out before NBWL approved the project.
The proposed railway doubling line is parallel to an existing railway line that passes through the same forest along the same corridor. The estimated cost for the project from Castlerock to Kulem is Rs 90 crore.
The CEC report had referred to the observations made by the National Tiger Conservation Authority (NTCA) in its site appraisal report regarding diversion of forest land for doubling of railway line in the Kali Tiger Reserve in Karnataka. “The railway line cuts across the most important animal corridor in the Western Ghat landscape between Karnataka and Maharashtra through the state of Goa and will be a serious impediment for movement of long ranging animals like tiger and elephant,” it further stated.