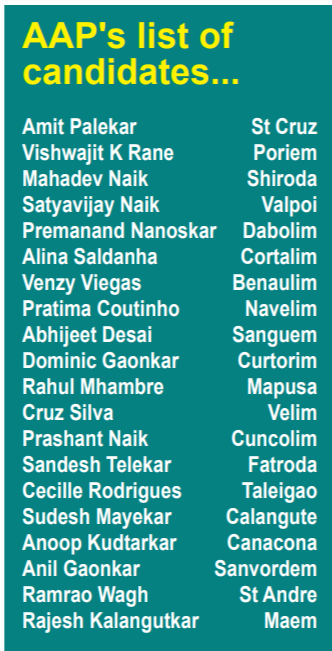 PANAJI: In the wake of the Aam Aadmi Party’s assurance that Goans would get a Bhandari Samaj chief minister, it seems like the Arvind Kejriwal led party has zeroed in on Adv Amit Palyekar as their Chief Minister’s candidate for the upcoming polls.
Though there has been no official confirmation yet from the party, sources said that after the hunger strike for saving the heritage zone at Old Goa, an illegal house built by BJP functionary Amit Palyekar popularity has increased manifolds.
His five-day fast not only gave momentum to the Save Old Goa agitation but also forced the government to withdraw all permissions for the constructions.
His five-day fast forced the government to withdraw the permissions, which it refused to endure for nearly three months.
He was personally congratulated and wished by AAP national convenor Arvind Kejriwal, and from there on, there has only been a rise and rise in the famed advocate’s stature.
Palekar, a lawyer by profession, comes from a Bbhandari samaj and has seen life struggles.
He was once denied a job under GPSC as he could not pay a bribe. He then decided to make his mark in law, and now he is one of the most renowned lawyers in Goa. He has a political family background as well; his mother was a panch for Merces panchayat for 10 years. He has been socially active and helped people with ration and other important stuff when Covid was at its peak. He also donated oxygen beds to GMC during COVID19 second wave.
Apart from projecting Palekar as the CM’s candidate, the AAP has also kept its promise of giving maximum seats to the Bhandari samaj, which accounts for 58 per cent of Goa’s population.
The AAP has announced 20 candidates so far, none of whom have any criminal background. 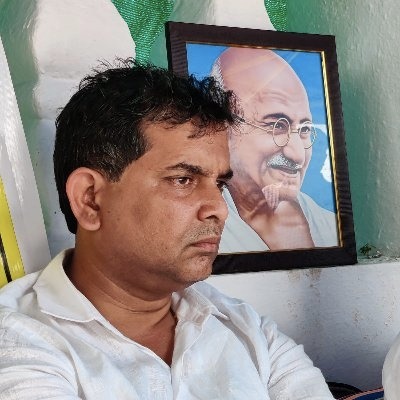 As announced earlier, the Aam Aadmi Party has also stayed firm on its promise to Goans that it would go all alone to give a clean government to the people and reject any proposals of alliance with any regional or national party.

The AAP has so far made six guarantees to Goans, which includes free power of up to 300 units, corruption-free government, free pilgrimage to Shirdi, Azmer Sharif, Vailankani and Ayodhya; Jobs for all Goan Youth, Unemployment allowance of INR 3,000 a month till job given; INR 5,000 a month for those who lost jobs due to Mining ban or Covid; Griha Aadhar increased to INR 2,500. INR 1000/ month to all other women above 18 years.
With the promises and refusal to tie up with communal and corrupt parties, the AAP surely seems to be gaining ground in Goa and may surprise many on March 10, when the results are announced.