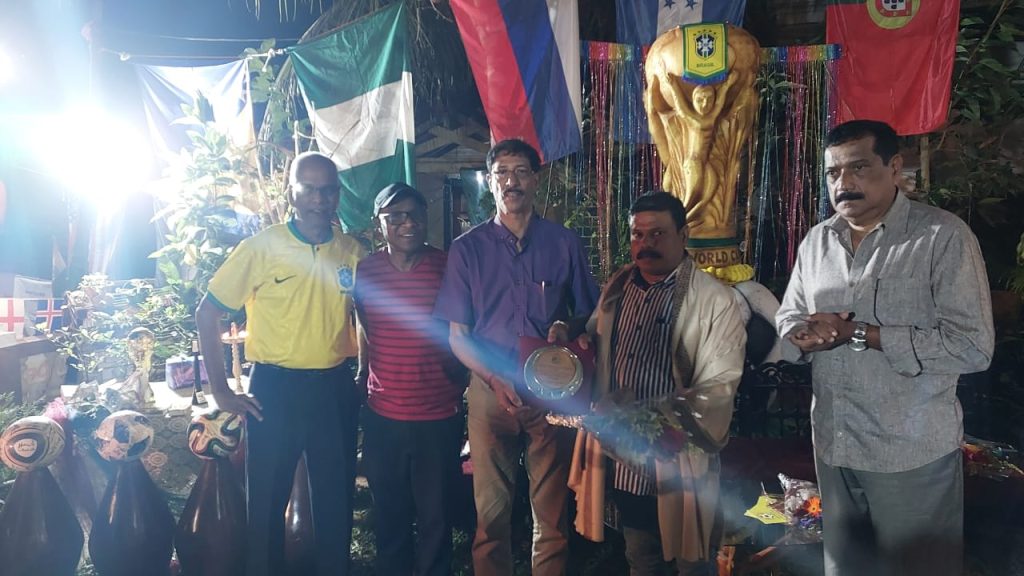 Goemkarponn desk
PANAJI: The FIFA World Cup underway in Qatar is being held at the right time as the players are at the peak of the playing season, said Goa Football Development Council Chairman (GFDC) Brahmanand Shankhwalkar.
He was speaking at the inauguration of FIFA’s Men’s 2022 World Cup Exhibition organised by Pradip Sports, owned by GFDC Council member Pradip Chodankar, near Carvalho Washing Center, Mapusa.
Goa Football Association (GFA) President and GFDC Council member Dr Caitano Fernandes, GFDC council member Sanjiv Nagvekar, football coach Lawrence Tony Okafor and other dignitaries were present.
“As the World Cup is being played in the middle of the football season, the players are at their peaks. Usually, when the tournament is held in June, the players used to be fagged out by the month of May. The players would also play in the Champions League and other events, and then it would have become strenuous for them. This period is the right time. However, there have been two injuries to players like Benzema who was forced to opt out of the squad,” said Shankhwalkar who is also the former India football captain. 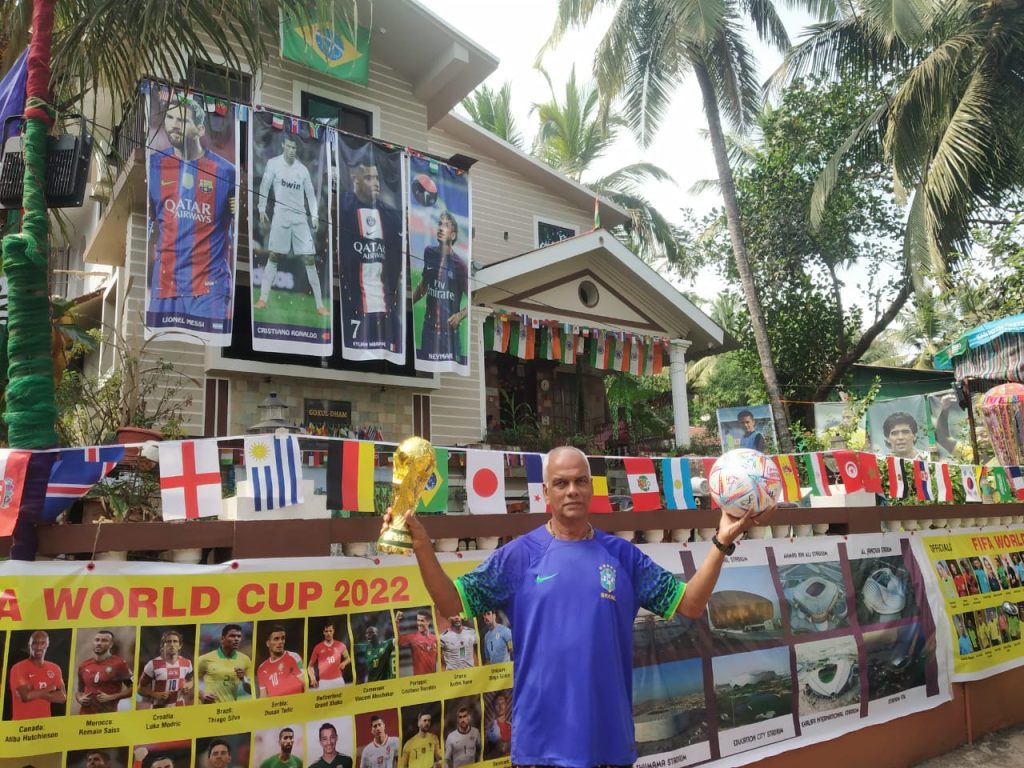 Shankhwalkar said that Brazil and Argentina are the fitter sides and hence favourites to lift the Cup.
“There is a great thrill around the world. People have been eagerly waiting to see the FIFA World Cup for the past 4 years. I am a big Brazilian supporter, as well as Argentina. France can be champions again, while Belgium as well looks strong. There is also Mexico, England, Germany and Spain. A clear picture will emerge after the pre-quarterfinals,” he added.
Congratulating Chodankar for setting up the exhibition and creating a World Cup atmosphere at his home, Fernandes said that football runs in the blood of every Goan.
“As GFA President, I have a vision plan for the 200-plus clubs during the next 4 years of my tenure. We will restore the golden glory of Goa’s football,” he said.
In his address, Chodankar assured his support to Fernandes, who was recently elected as GFA President.
“I wish you all the best in your plans for Goan football. Goa Football Association has a new dream. I will always be there to support you,” he said.