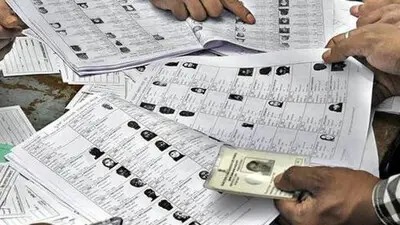 Goemkarponn desk
PANAJI: The Office of the Chief Electoral Officer, Goa, has informed that the Election Commission has provided more Opportunities for youth to become part of the voters list 17+-year-old youngsters can now apply in advance for having their names enrolled in Voter’s list and not necessarily have to await the pre-requisite criterion of attaining the age of 18 years on January 01 of a year.
ECI, led by Chief Election Commissioner Shri Rajiv Kumar and Election Commissioner Anup Chandra Pandey, has directed the CEOs/EROs/AEROs of all States to work out tech-enabled solutions such that the youth are facilitated to file their advance applications with reference to three subsequent qualifying dates, i.e. April 01, July 01 and October 01 and not just January 01. Henceforth, the Electoral Roll will be updated every quarter, and eligible youngsters can be registered in the next quarter of the year in which he/she has attained the qualifying age of 18 years.
After getting registered, he/she will be issued an Electoral Photo Identity Card (EPIC). For the current round of annual revision of the electoral roll, 2023, any citizen attaining the age of 18 years by April 01, July 01 and October 01 of 2023 can also submit an advance application for registration as a voter from the date of draft publication of the electoral roll.
In other words, an advance application can be submitted on or after November 09, 2022, the date on which the draft electoral roll will be published.
The application received related to qualifying dates on January 01 will be processed per the annual Summary Revision schedule, and the electoral roll will be updated with the final publication.
While the forms/claims with respect to three subsequent qualifying dates of the year received in advance during the Summary Revision period and continuous updation thereafter shall be processed under continuous updation during the relevant quarter.
The Commission has also made the registration Forms more user-friendly and simpler. The newly modified Forms will come into force on August 01, 2022. All applications (claims and objections), in old forms received before August 01, 2022, will be processed and disposed of and in such cases, there is no need to file an application in new forms.
For linking of AADHAR number with Electoral Roll data, provision has been made in the modified registration forms to seek Aadhaar details of electors. A new Form-6B has also been introduced for collecting Aadhaar number of existing electors. However, no application for inclusion of name in electoral roll shall be denied, and no entries in electoral roll shall be deleted for the inability of an individual to furnish or intimate Aadhaar Number.
A Time bound drive is being started w.e.f. 01.8.22 for collection of the Aadhaar number of the existing electors. Furnishing of the Aadhaar number is purely voluntary. The programme aims to establish the identity of electors and authentication of entries in the Electoral Roll.