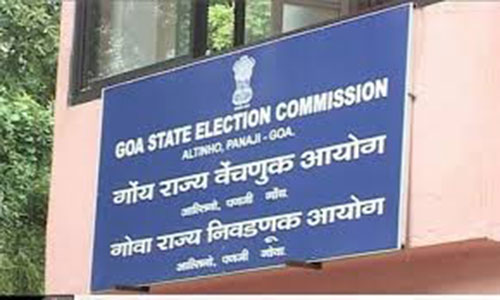 Panaji: The postponed Zilla Panchayat elections have now been schedule d for December 12 and counting will be held on December 14.
State Election Commission Chokha Ram Garg announced that COVID positive patients will be allowed to vote in the last hour with proper SOPs.
Garg said that the elections will be held in 48 seats. One candidate in Sancoale is elected unopposed and in another constituency a candidate expired
“No public campaigns allowed from today. The Model code of conduct comes into force from today and will be inforce till Dec 14 midnight,” hr added.
He said all the SOPs of government with regards will be followed during polling and counting.
“No polling will be allowed without masks. Positive COvID patients to be allowed polling in last hour of polling. All norms will be followed,” he said.