186 panchayat staff may have to celebrate Ganesh without salaries? 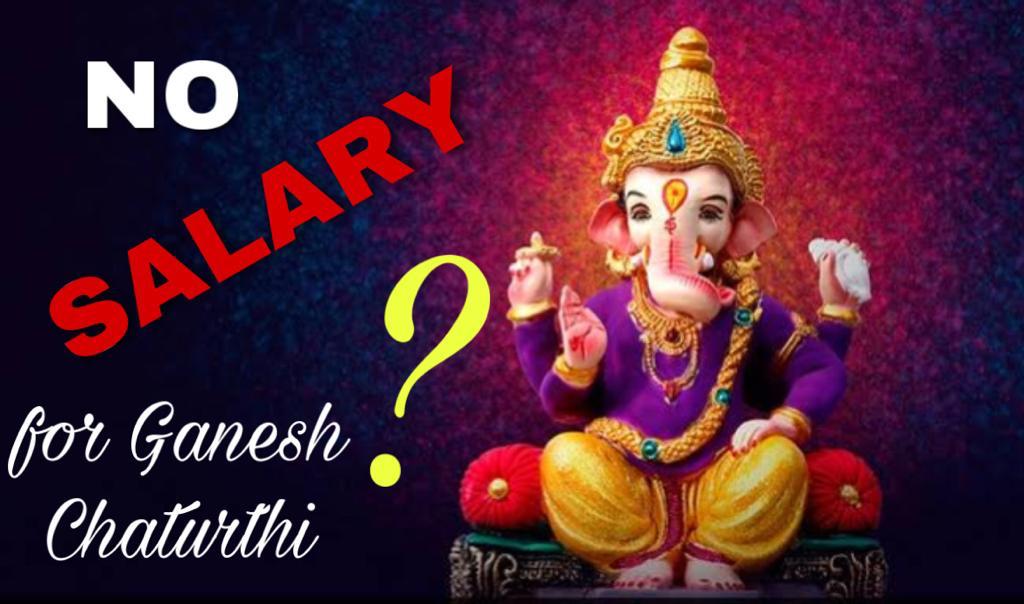 Goemkarponn desk
CANACONA: While the State government have disbursed August Salary in advance to its staff on Wednesday (24th August) to enable its employees to prepare for preparation of Ganesh Chaturthi, questions are being raised about whether the staff of local bodies (panchayats) will get their wages too in advance or even on time, to celebrate the Ganesh festival.
Incidentally, the newly elected Sarpanches and Dy Sarpanch are still in a celebrative mood, but the unusual and piquant technical hurdle could deprive wages on time and cause resentment amongst hundreds of panchayat staff across 186 village Panchayats in the State.
‘While the government has issued a circular that Salary payments for Aug ’23 to its staff will be disbursed on 24th of this month to enable to make purchases for Ganesh, to the staff celebrating Ganeshosthav, no orders are issued nor instructions were issued to pay the wages of Panchayat staff before Chaturthi”, informed a source at one of the panchayats in Canacona, when asked whether Panchayat staff are also paid their wages on Wednesday.
According to panchayat sources, the term Administrators ended the moment Sarpanch and Dy Sarpanch were elected, and as there were no instructions whatsoever, no arrangements could be made to withdraw money from the banks to affect the wages of staff.
The technical hitch to effect Payments before Chaturthi’ is a change of signatory at the Bank (in this case, Sarpanch), which can be affected only after the first meeting (which can be held 7 days after the election of Sarpanch/Dy) of the newly elected panchayat body, and as the Sarpanches were elected on 22nd August, the first meeting is called only on 29th August.
According to a panchayat Secretary, even if the resolution of the panchayat body is submitted to the Bank on the same day(29th), Bank could take its own time to effect the administrative changes in Panchayat’s bank account signatories. ‘With just a day at the disposal of Bank, It is very unlikely that panchayat staff will get their wages before Ganesh Chaturthi festivals. Neither local body has enough cash in hand to disburse part of wages to enable the staff to do Ganesh bazaar.’
“It is not a problem only in Canacona Panchayat’s, but literarily the staff from all the 186 panchayats who have elected their sarpanch and Dy Sarpanch on 22nd August will have to face it, said the source.
Each of the 7′ VPs in Canacona has a minimum of between 2 to 6 regular/daily wage staff, who are paid by the respective panchayats, while the Panchayat Secretary, Gram Sevak, Talathi are paid by the government through the respective departments.
The technical problem arises only because practically no panchayats looked after by Administrators(before they demit the offices on the 22nd) have not made any arrangements or provisions to disburse wages of the panchayat staff, as per the government circular to pay government staff salary on 24th August for Ganesh Chaturthi festivals.
The newly elected Sarpanches can technically not come to the rescue of their Panchayat’s staff until their first meeting takes place unless, otherwise, some of the Sarpanches will or may assist their staff in their personal capacity.
According to sources, a family celebrating Ganesh Chaturthi has to make a minimum of 10,000/- expenses.