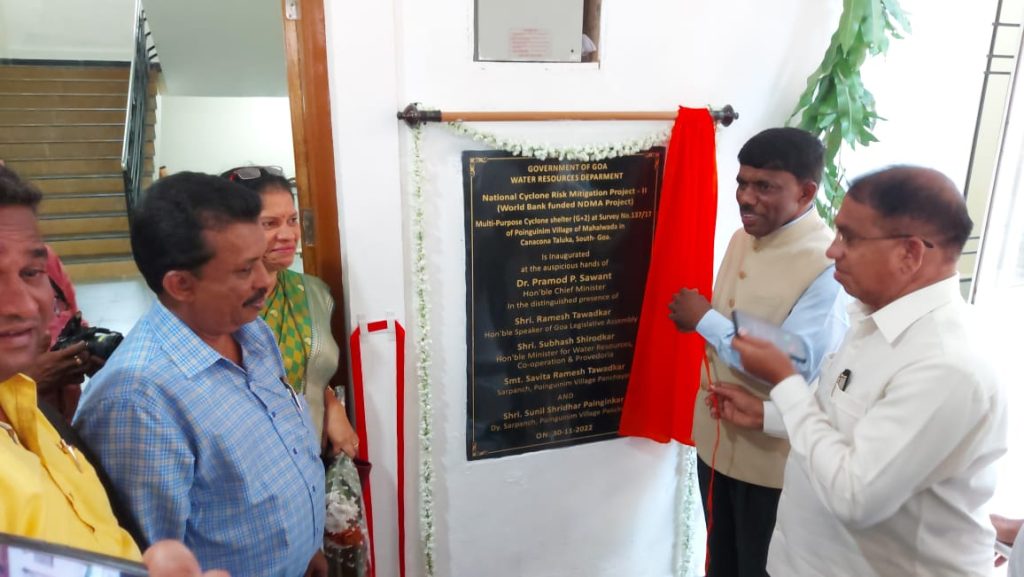 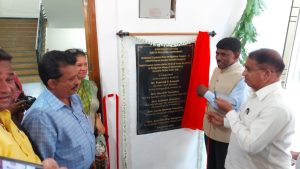 The three Disaster Shelter Home’s were taken up for construction by S by the Central Government in collaboration with the World Bank at an cost of 3 crores each for the Shelter houses built at Painginim and Nagercem and Rs. 3.5 crores at Chapoli.

Sarpanch Savita Tawadkar, Deputy Sarpanch Sunil Paingankar and other panchayat members were present at the inauguration ceremony of Shelter Home at Painginim.

Similarly, if need be, these Shelter Home’s can be utilised for locally operated schools and kindergarten’. He also congratulated the contractor as well as the water resources department officer for erecting the beautiful structure. Shirodkar also thanked the landlords responsible to donate the land for this architect.

It may be recalled that followig massive floods witnessed in Canacona in the year 2009, the concept of building Shelter houses was implemented and the construction of the same have been completed.
Speaker Ramesh Tavadkar said that this is a matter of happiness. Mrs. Savita Tavadkar said that the incident that happened in 2009 should not happen again in Canacona and assured that the structures will be fully maintained.

Deputy Sarpanch Sunil Paingankar said that he is happy now that the panchayat has got a big building.