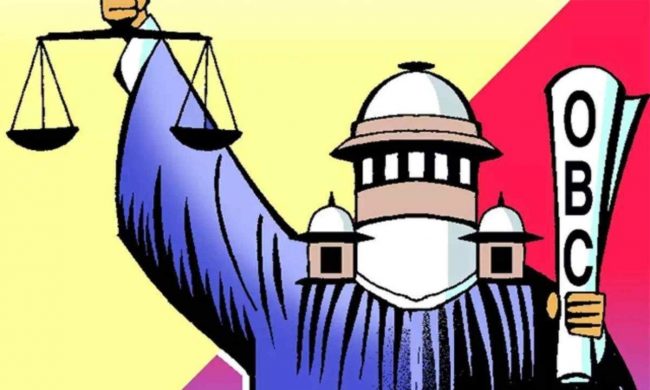 Goemkarponn desk
PANAJI: The government of Goa, after taking into consideration the report and recommendations of the Goa State Commission for Backward Classes, notifies the inclusion of Communities from the State list of OBC as Backward Classes for the purpose of reservation of seats for political representation in local bodies, viz. Village Panchayats in the State of Goa.
The list includes Kumbhar (including Christian Kumbhar), Teli (including Christian Teli), Shimpi, Christian Mahar, Kalaikar/ Blacksmith/Tinsmith, Pagui/ Gabit, and Christian Barber.
Further, Satarkar, Bhandari Naik, Dhobi/ Rajak/ Madval (including Christian Dhobi), Nhavi/ Navi / Nabhik/ Napit/ Mahalo (including Christian Nhavi), Koli/ Kharvi (including Christian Kharvi), Nathjogi, Gosavi, Dhangar, Vishwakarma/ Chari/ Mesta, Thakker, Komarpant and Render (including Christian Render).
The notification states that it will be in force to provide reservation in favour of the notified Other Backward Classes for the 2022 General Elections to Village Panchayats.
The High Court of Bombay at Goa has dismissed the Goa government’s plea for an extension of time to conduct panchayat elections. The State govt had pleaded for 30 additional days to complete the panchayat election process.
According to the High Court’s order, the election process has to be completed within 45 days, which works out to August 12. Meanwhile, the State Election Commission and Goa Govt finalized August 10 as the date for conducting panchayat polls.

Goemakrponn desk PANAJI: Stating that the people of Goa are looking for a change, Dy Chief Minister of Delhi Manish Sisodia said that both Congress ... Read More

Goemkarponn desk PANJIM: What worse is the State would see than the dreaded virus COVID19 claiming the life a 10-month-old child. The child, who was ... Read More

GBA wants Khelo India at Peddem instead of Campal