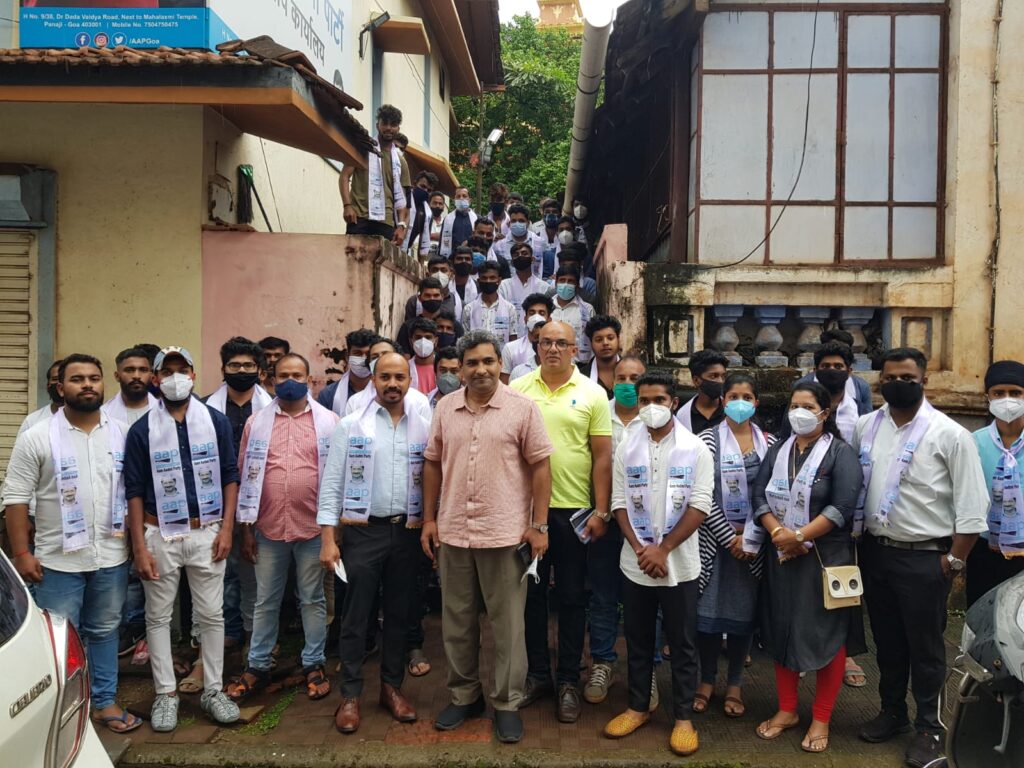 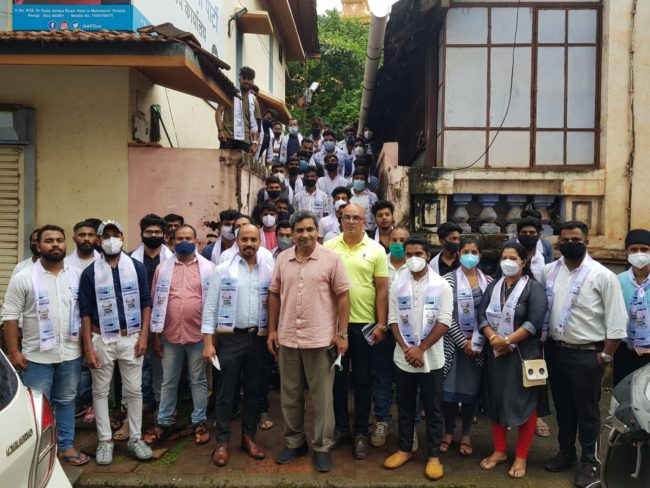 PANAJI:Over 60 villagers from Canacona joined AAP along with sitting Panch Member from Loliem-Polem Anoop Balkrishna Kudtarkar. A practicing Criminal lawyer, Kudtarkar is famous for handling some of the top criminal cases in Goa he has also helped thousands of Goenkars with their cases for free and is known as a philanthropic lawyer. Before joining AAP Kudtarkar has worked for BJP since 2017 & was an active member of the Yuva Morcha in Canacona. He has also been a member of the Yuva Morcha state executive committee. Kudtarkar belongs to Akhil Goa Kshatriya Pagi Samaj. He is also the President of All India OBC Mahasabha Canacona Constituency. Speaking to the press Kudtarkar said that Goenkars especially the residents of Canacona are tired of the misgovernance of the BJP and the betrayal by the Congress party.
Kudtarkar is the sitting Panch Member of Village Panchayat Loliem-Polem, Canacona (Ward No. 6) from 2017-2022. He was elected in June 2017, by defeating sitting Panch Mr. Virendra Naik, whose sister was also a Panch member prior to him.
Kudtarkar also defeated Mr. Deepak Pagui, who is the brother of Mr. Daya Pagui active member of Congress party and former ZP member and Chairperson for 2 terms (10 years). Kudtarkar is  also an active social worker at Canacona

The Aam Aadmi Party’s aggressive campaign in Goa has seen the party emerge as the true alternative to the BJP. Just last night the ABP C-Voter Survey showed that the fight in Goa would be a two way fight between AAP and BJP with AAP projected to have 22% vote share. The Aam Aadmi Party has been taking Arvind Kejriwal’s guarantee for free 24/7 power aggressively to Goenkars in their own houses and handing out Guarantee Cards to each family to tell them that they can hold the party accountable to their promises after they win the election. This has met with overwhelming response from Goenkars. Meanwhile the Sawant Sarkar has been forced to announce a badly planned water subsidy that has come under flak by Goenkars as it leads to the increase of water bills for most Goenkars.
“The BJP and Congress are two sides of the same coin. One party buys MLAs the other grooms MLAs for purchase. In the middle of the Goenkars are ignored.” said Anoop Balkrishna Kudtarkar. “In Canacona residents voted for the Congress but the MLA switched over to the BJP. This move shocked not only Congress voters but voters of the BJP as well who now had an MLA they voted against. Due to this betrayal we have seen that the Sawant Sarkar and BJP has no interest in winning the confidence of the people and is only interested in buying MLAs. The Congress on the other hand is running a wholesale business of selling elected MLAs not just in our Goa but all over India” added Kudtarkar
“It is very clear that AAP is the only way forward for Goa. In the past two week Goenkars from the Northernmost corners to the Southernmost corners of Goa have joined the party” said AAP Goa Convenor Rahul Mhambre