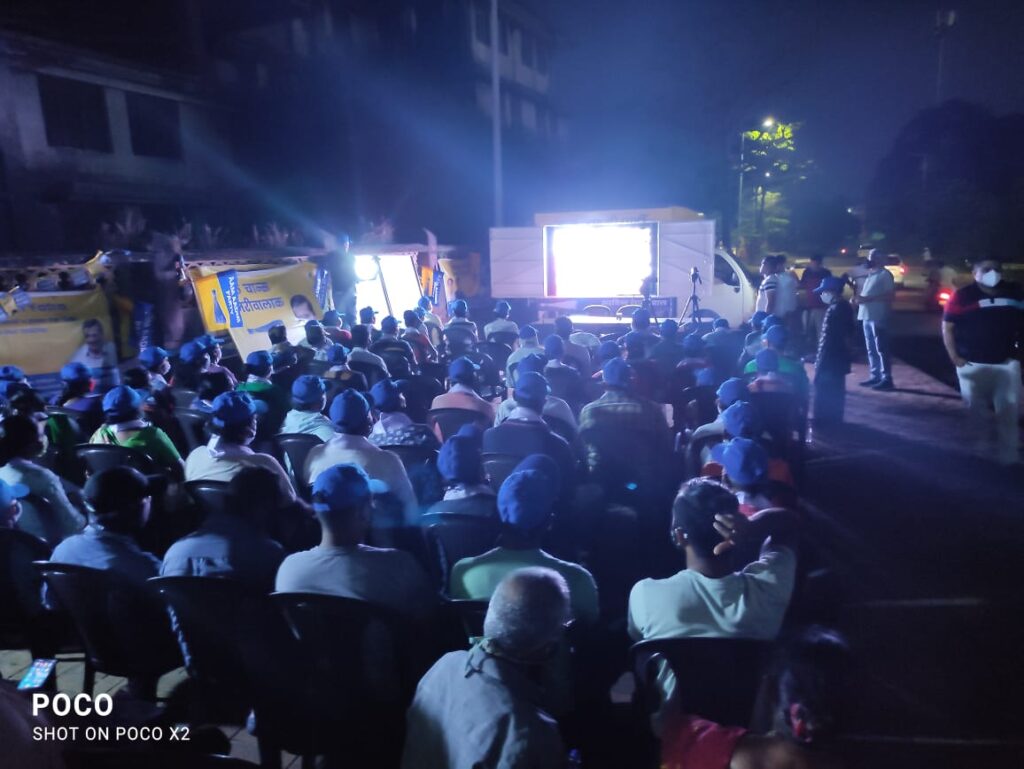 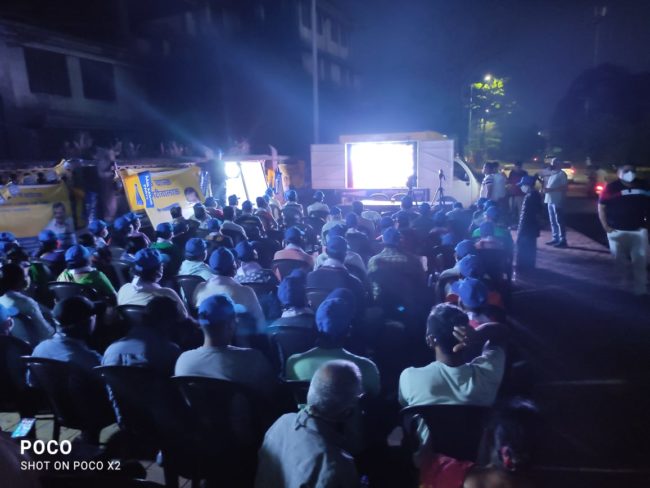 Aam Aadmi Party held its Parivartan Yatra in Porvorim, Cuncolim and Shiroda on Saturday, further boosting its election campaign in the state.
While addressing people during Parivartan Yatra in Porvorim AAP leader Rietesh Chodankar said, “I am into business from the last 26 years and I was frustrated with the government because of lack of policies to ease the business. There was a huge corruption as well. That’s when I thought we all need a change and I took a step forward and joined AAP, which is known for honest governance”.
“I was impressed by the Kejriwal Model and the work he has done in the education and health sector of Delhi. Public schools in Delhi provide better facilities than private schools in Goa. The Goa CM could not able to take the responsibility of Goa, which is smaller than Delhi. Goa’s healthcare was shattered. But, the Kejriwal government handled it very well. AAP is providing free electricity, free quality education, free travel for women, free quality health services, free 20,000 litres of water, free teertha yatra and doorstep delivery of services’’.
“Cuncolim has seen and elected both the BJP and the Congress but still there is no development. We don’t have a primary health centre in Chandor and Girdoli. Cuncolim is an urban place but the government is trying to bring healthcare under Balli primary health centre. If AAP comes to power, I will set up a 50 bed urban health centre”, said AAP leader Prashant Naik.
AAP Goa senior vice president Mahadev Naik said during Parivartan Yatra held in Shiroda, “Whether through Ladli Laxmi or any other scheme, Goenkars have not received any of the financial support which are due. Why? Because the BJP MLAs are interested in themselves and don’t work for common people. On the other hand thinking of common people’s needs Delhi CM and AAP national convenor Arvind Kejriwal announced three guarantees as well as four promises to Taxi operators during his visit”.
The party started its campaign in Dabolim and Calangute and will cover three constituencies daily. AAP is planning to conduct around 300 meetings in the state, ahead of the upcoming polls.
As part of this Parivartan Yatra, party leaders will organise sabhas in every constituency; where leaders will create awareness on the schemes and guarantees announced by AAP.