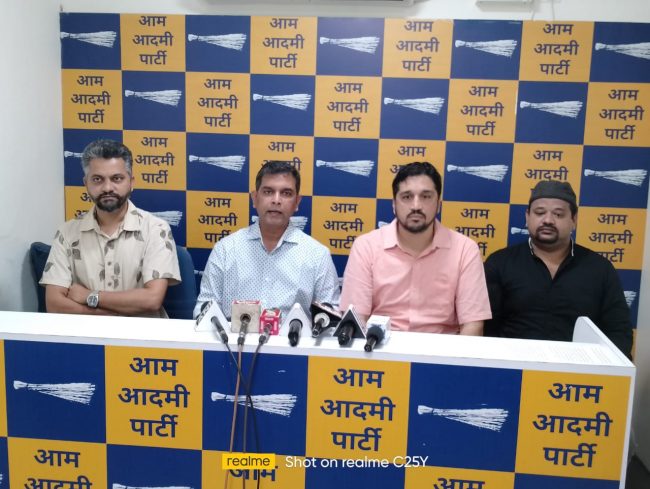 Goemkarponn desk
PANAJI: Aam Aadmi Party Goa Unit President Adv Amit Palekar stated that the statement of CM Pramod Sawant that his government doesn’t need any advice from political parties demonstrates the arrogance of power.
Palekar said instead of taking AAP’s suggestion positively, the CM made a statement that he didn’t need to seek advice from the opposition and that his government was capable of running the government schools.
As a consequence of the incapable BJP government, Palekar said, the number of government schools declined over the last 10 years; however, private schools run by BJP’s party bearers have been flourishing in the last ten years.
The CM recently blamed teachers for the deteriorating state of government schools and primary education. Palekar said, “Rather than pointing fingers at teachers, the CM should analyse his performance as education minister of Goa. It seems like the BJP government is playing with the future of the children of Goa”.
AAP Vice President Ad. Surel Tilve demanded that the government should appoint a full-time education minister, noting that CM Sawant is overloaded with other portfolios.
Tilve stated the elementary school now serves only as a polling booth. The BJP administration has not made any efforts to improve the educational environment in schools.
AAP Vice President Valmiki Naik questioned CM Sawant if he had read any research suggesting that Goa’s population would decline over the following ten years.
He said, “As individuals, we always plan with our future in mind. Even the government is required to prepare everything with the next ten years in mind. The Sawant government is occupied existing closing schools rather than expanding or improving current facilities”.