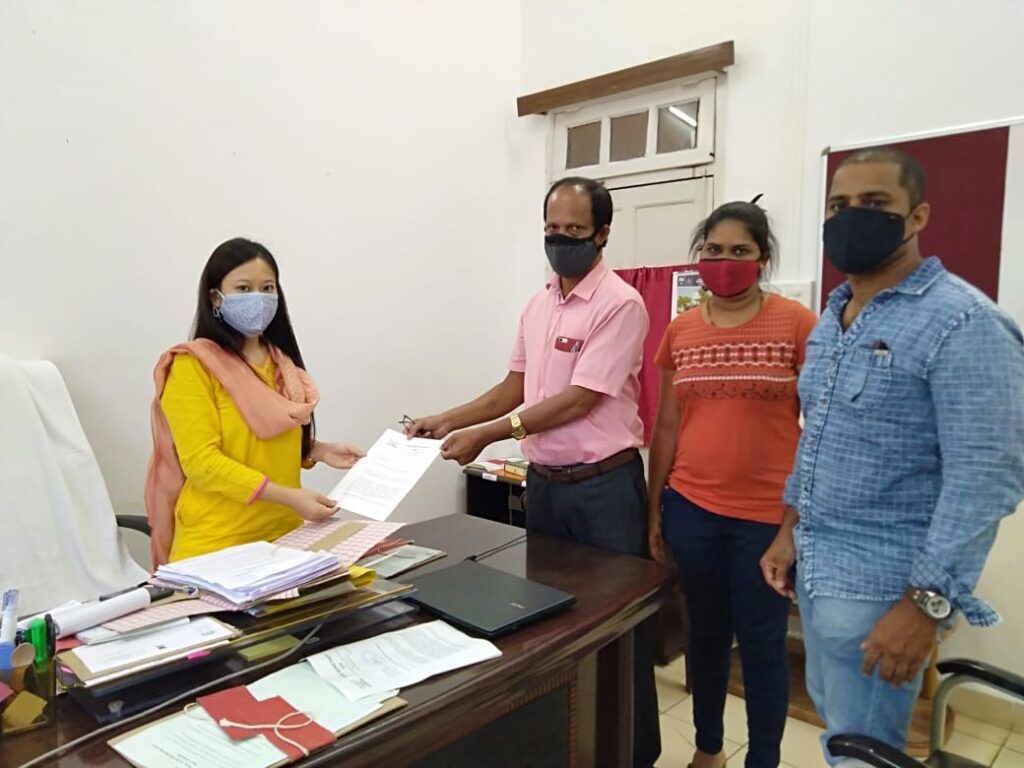 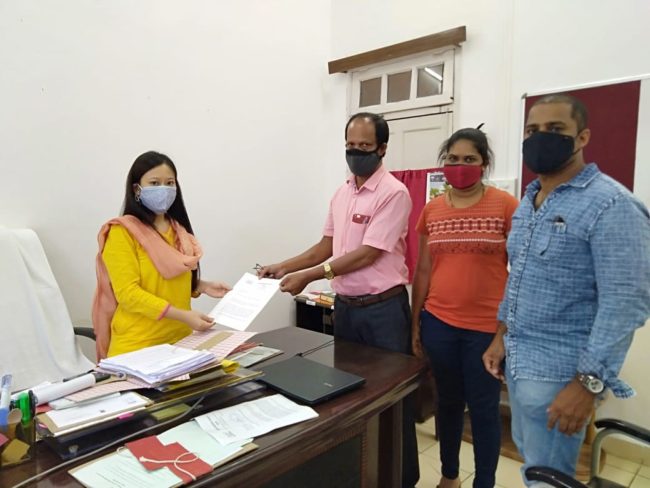 Goemkarponn desk
PANAJI:
Aam Aadmi Party in a memorandum submitted to the Chief Minister Pramod Sawant today demanded the immediately revocation of the urban status given to the Village of Calangute and copies of the memorandum have also been submitted to Secretary Revenue, Under Secretary Revenue and North Goa District Collector.
The memorandum observed that the decision to declare Urban status for Calangute has shocked the villagers of Calangute who are totally opposed to this decision and are unanimous in their objection to it.
AAP pointed out that this would have far reaching effect of which the most significant is that the Coastal Regulation Zone area will be reduced from 200 mts to merely 50 mts from the High Tide Line and would lead to land grab besides destroying the fragile coastal environment.
They pointed out that this seemed to be connected to local MLA Michael Lobo’s conflict with CRZ laws because of his hotels is well known and further recalled that Michael has previously also tried various means to urbanise Calangute like bringing it under the purview of the Planning and Development Authority.
AAP asked the Revenue Minister whether the notification was means to satisfy the party MLA and minister to grant him immunity from restrictive development rules and create and opportunity for a massive land grab.
Besides they pointed out that the urban status will abolish the beach shack policy and also adversely affect the traditional fishermen community’s activity thereby destroying the local village economy and the villagers will be burdened with increase in taxes, fees and tariffs.
AAP said the lopsided tourism promotion by the government has already made it difficult for women to walk freely in night in Calangute as tourists looking for “escort services” keep harassing them and asked whether the government wants to make Calangute a hub for gambling, drugs and prostitution.
They also questioned the government taking this decision without consulting the village panchayat or holding a gram sabha to elicit the views of the villagers and cautioned that it would result in totally eliminating Calangutkars.
“This is nothing but an attempt to grab our land, & marginalise Calangutkars while making money for Michael Lobo,” said Manuel Cardozo AAP spokesperson and leader from Calangute.