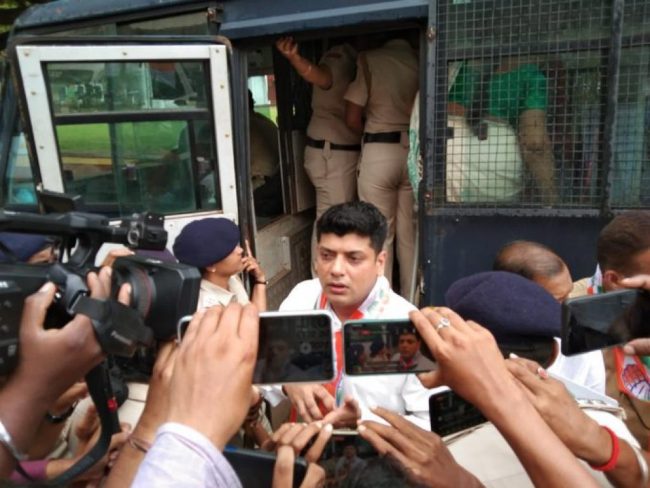 Goemkarponn desk
PANAJI: Goa Pradesh Congress Committee (GPCC) workers, along with State President Amit Patkar, were detained during their protest in Panaji’s capital city over many issues, including inflation and unemployment.
Congress interim president & MP Sonia Gandhi led the protest of party MPs against inflation and unemployment in Parliament.
“Inflation has risen beyond the limit; the Government will have to do something about it. This is why we’re fighting,” said Patkar speaking to the media during the protest.
The party workers said that this protest was about a price rise and Agnipath. 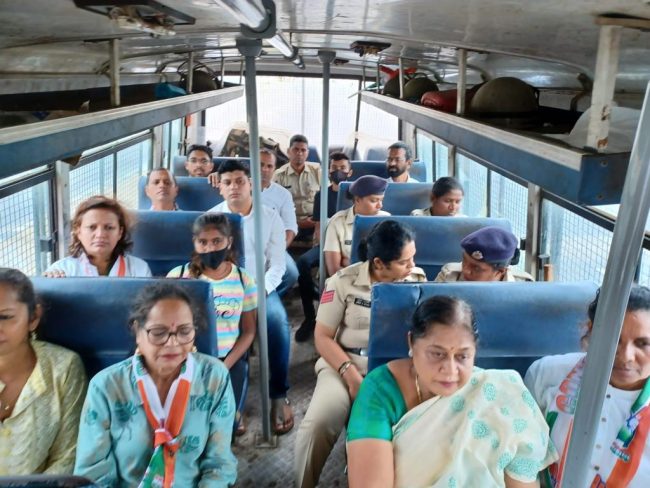 “Price rise affects everybody. As a political party and as elected representatives, we are bound to voice the grievances, burdens and fears of the people. This is what we are doing.” the workers said
Congress said that today people are being trampled upon by inflation, and there is trouble in the country, but the state government doesn’t bother.
“Inflation has risen beyond the limit; the Government will have to do something about it. This is why we’re fighting,” they said.
Goa Congress Mahila President Beena Naik questioned the BJP government for its failure to control inflation, stating that the country suffers and Government is deaf to the people’s demands.
The state Congress leaders said the silence of democracy by wrongfully arresting protestors. India heading towards dictatorship under PM Modi.
“We Congress leaders have been detained for speaking up for the common man. We will not stand as mute spectators,” they said.