Albino the hero as Kerala rescue point against Chennaiyin 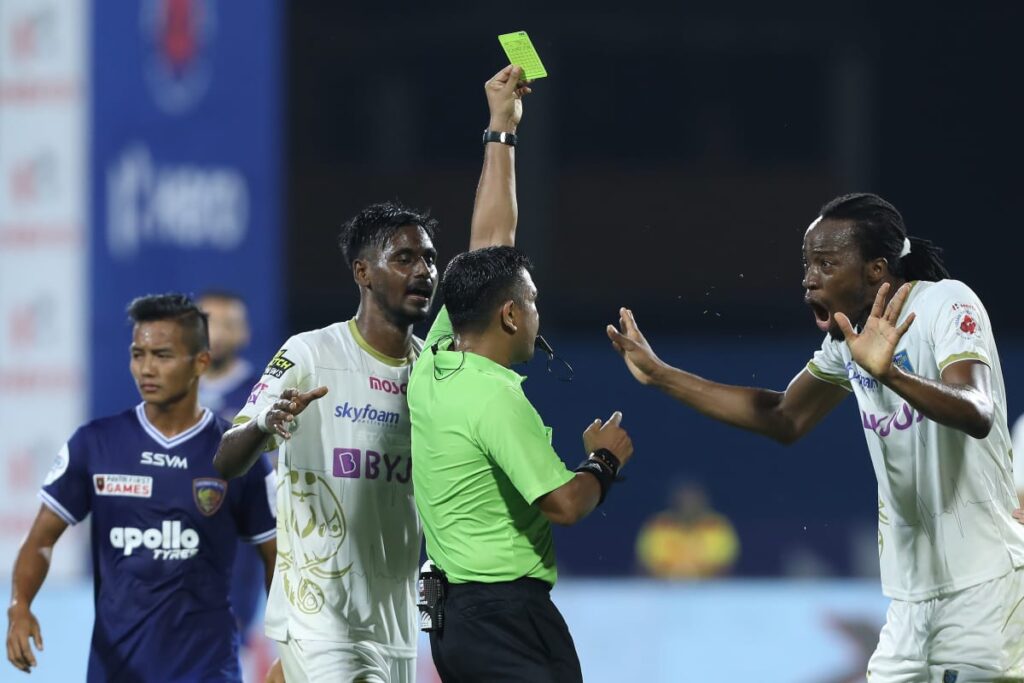 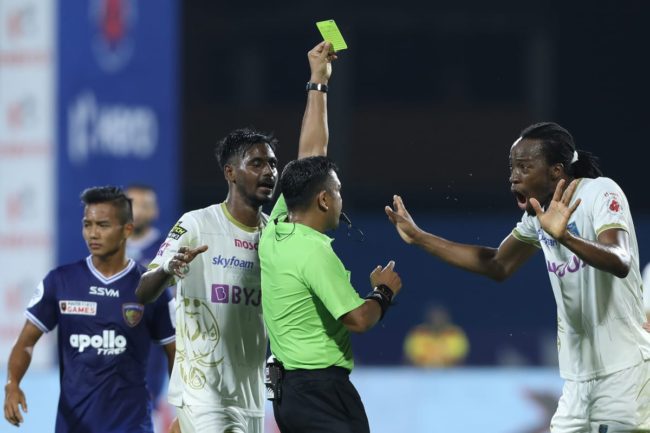 Goa, Nov 29: Kerala Blasters held Chennaiyin FC to a goalless draw courtesy a superb penalty save from Albino Gomes in their Hero Indian Super League encounter at the GMC Stadium, here on Sunday.

Chennaiyin named an unchanged side from their opening win against Jamshedpur FC. Meanwhile, Kerala made three changes with Denechandra Meitei being handed his Hero ISL debut.

The first half remained goalless with either side failing to fashion clear-cut opportunities.

Chennaiyin were the dominant side but weren’t clinical in the final third. Kerala goalkeeper Albino Gomes was called into action early on, in the third minute, saving a free-kick from Rafael Crivellaro.

However, a blunder from Gomes almost handed Csaba Laszlo’s side the lead. The Kerala keeper fumbled while trying to clear the ball inside the 18-yard box. Bakary Kone made a vital clearance to save Kerala the blushes.

At the other end, Vishal Kaith also produced a fantastic save to keep his side in the game. Rohit Kumar found space outside the box and fired a long ranger only to be denied by the Chennaiyin custodian. This was their only shot on goal during the first half.

Chennaiyin suffered a huge blow just before the drinks break as Lalchhuanmawia Fanai went down after a tackle. He was replaced by Jerry Lalrinzuala.

The script wasn’t different in the second half as Chennaiyin remained the better side. However, Gomes pulled off a couple of fine saves to keep Laszlo’s team at bay.

The first came when substitute Fatkhullo Fatkhuloev delivered a pinpoint free-kick into the box during the 67th minute. Gomes stayed alert to avert the danger.

The Kerala custodian then had his biggest influence on the match by producing a fine penalty save, eight minutes later. The referee pointed to the spot when Rafael Crivellaro was brought down in the box by Sergio Cidoncha. Jakub Sylvestr stepped up to take the spot-kick but was denied by Gomes, who pulled off a fantastic save.