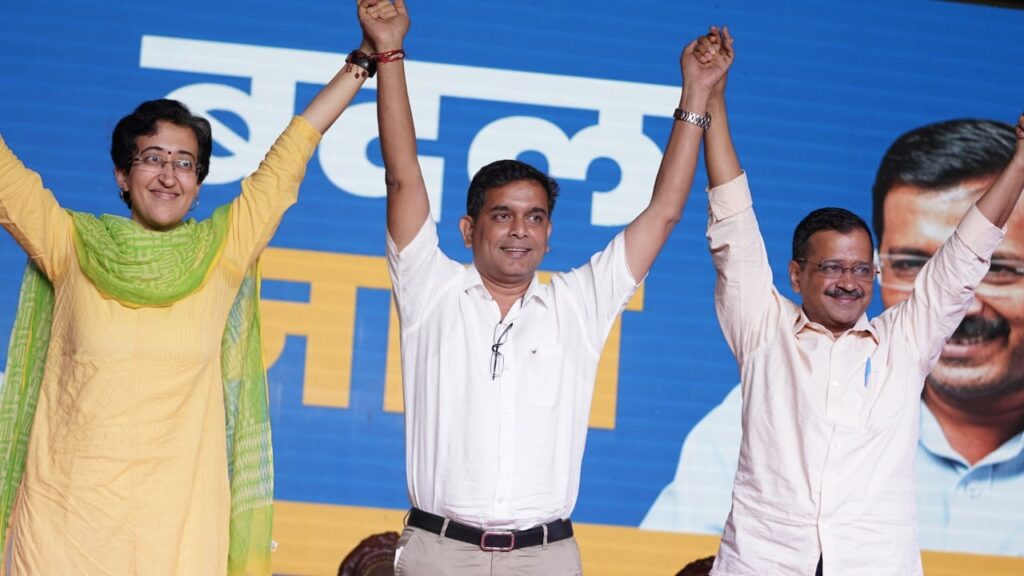 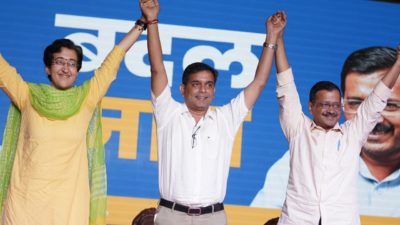 PANAJI: Aam Aadmi Party (AAP) National Convenor and Delhi Chief Minister Arvind Kejriwal today announced Amit Palekar as the party’s CM face.
Kejriwal also claimed that the Bhandari community who were hurt at being ignored in Goa was included.
“Goa wants a change, and AAP has been getting a tremendous response in the coastal state. People are impressed with the Delhi governance model; the party has given tickets to the fresh faces across the state. Palekar is a new face for Goa,” said Kejriwal after announcing CM Candidate.
Hailing Palekar’s activism and his recent hunger strike to conserve a heritage site in Goa, Kejriwal claimed that Palekar was a new face and had never been in politics before.
Palekar is the one who is ready to even give his life for Goa,” said Kejriwal.
The AAP had announced that it would give face from the Bhandari community as its CM face in Goa. Palekar belongs to the Bhandari community. Kejriwal denied that by announcing a member of the Bhandari community as the CM face in Goa, the AAP is playing caste politics.
“On the contrary, we are correcting the caste politics which was earlier played by other political parties,” he said.
Meanwhile, Amit Palekar addressing the gathering, said that the way people welcome leaders AAP, there should be no doubt that we will form the government.
“Honesty has been shown dustbin by BJP; they are openly talking about winnability as a criterion,” he said.
The AAP has announced that it will contest all 40 seats in BJP-ruled state in the February 14 polls. Apart from the ruling BJP and opposition Congress, Mamata Banerjee-led Trinamool Congress (TMC) and the Shiv Sena are also in the contest this time.