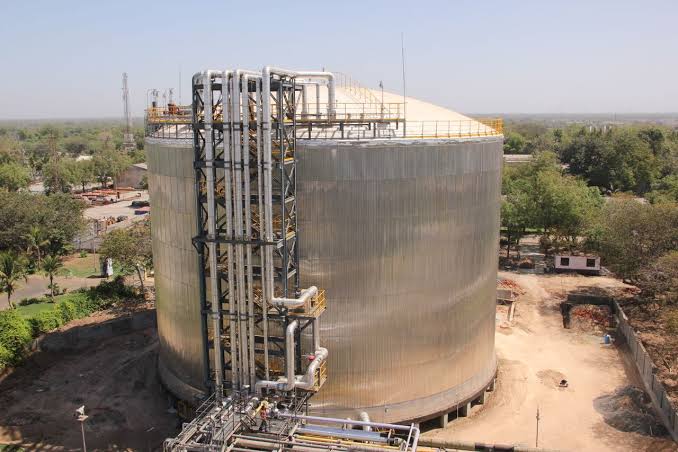 MORMUGAO: Mornugao MLA Sankalp Amonkar on Friday said that the Ammonia Storage tank was a ticking time bomb and said the government must carry out a joint inspection to check for mock drills and safety audits.
“I had raised the issue of the ammonia storage tank during Zero Hour while there was a calling attention on the Pilerne fire incident. The Ammonia tank, located in a densely populated area, is a time bomb because any disaster can affect not only Mormugao constituency but entire Vasco and other parts of Mormugao Taluka,” said Amonkar, while speaking to reporters after the distribution of sanction letters for the Laadli Laxmi scheme.
“Since the tank is located in the port, civilians cannot go there and we have not heard of mock drills taking place there for the last several years. We have demanded that this ammonia tank be shifted to another locations like how we have shifted the fuel storage tanks so that people do not live in fear.”
“The liquid ammonia is transported in tankers by roads and there has to be an escort and a fire brigade behind these tankers but this procedure is also not followed. The government must have a joint inspection to check for mock drills and safety measures that have been conducted at the Ammonia storage tank site,” he added.
Amonkar said the Laadli Laxmi sanction letters that were pending have been cleared and that around 200 people of Mormugao Constituency had benefited in the last few days.
“We have distributed 63 sanction letters today and around 78 sanction letters five days ago. These sanction letters were pending for a long time but are being cleared now and we have also got an assurance in the assembly that pending sanction letters will also be cleared,” said Amonkar.