Anganwadi for children or REPTILES 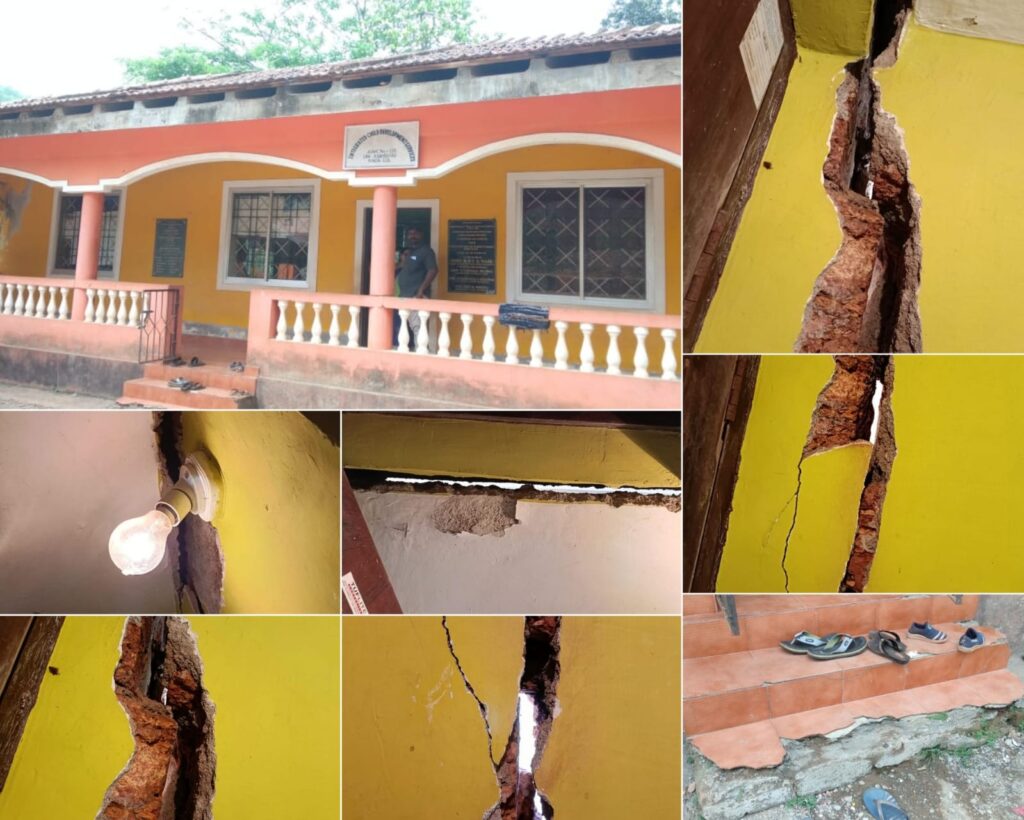 Cracked toiled walls, falling ceiling, broken stairs welcome children in Goan Anganwadis
This is what the education in Goa begins with for a child
Anganwadi has become a shelter for reptiles. Toilet on the verge of collapse.
Opawada Khandepar Anganwadi needs urgent Govt attention. 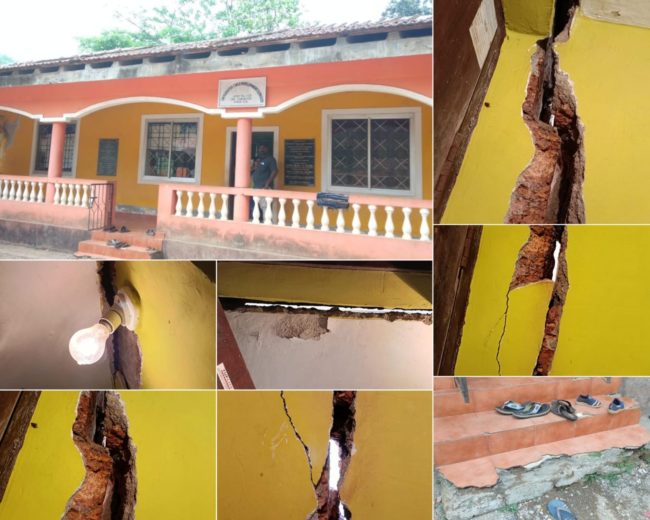 PONDA: For a child, his first schooling experience is from an Anganwadi in Goa, but what if that experience becomes a horror? What experience will he have of the schools?
The Chief Minister, Dr. Pramod Sawant, and his government have been boasting about the facilities and infrastructure in the Education sector, but the reality is precisely the opposite.
Team Goemkarponn visits an Anganwadi in Opawada, Khandepar, In Ponda taluka, wherein the condition seems pathetic.
It is learned that 20 students learn the basics in this Anganwadi.
The first thing the parents showed was the toilet block of Anganwadi School, which was on the verge of collapse. The parents have demanded urgent repairs to the toilet as it poses a risk to Anganwadi children.
They said a complaint was filed three years back, but the Women and Child Development department, previously handled by Vishwajit Rane, has done nothing.
The toilet wall has developed huge cracks, and it has also become shelter to reptiles, which gain entry into toilets through the cracks.
The parent said they fear sending their children to this Angandwadi due to the worst condition of the toilet and the unwanted guests – reptiles.
Three to four times, reptiles entered Anganwadi through the toilet, causing a fearful atmosphere among children, said Puja Gaude requesting the government to repair the toilet immediately.
Sandeep Parkar, a social worker, said the toilet block could collapse, and therefore need to demolish and reconstructed.
“It’s now four years the Anganwadi is neglected. The plaster of the roof ceiling is also falling. The steps at the entrance of Anganwadi have collapsed,” he said.
The Anganwadi was constructed in 2009 and was inaugurated in 2011.
Chief Minister Dr. Pramod Sawant announced Rs 10k honorarium to every Anganwadi worker in the last Budget speech and assured to improve the basic infrastructure at the places.
However, locals have said that the government has done almost nothing to improve the facilities at the Anganwadi, which is the first stepping stone s for children.