“Are We Gonna Ignore it?’ Man Gets ‘Crushed’ Under Jet Ski in Sachin Tendulkar’s Goa Video

Sachin Tendulkar called the day out in Goa an 'unbelievable experience' but Instagram users who watched the former cricketer's video were fixated on man getting 'crushed' under a jet ski. 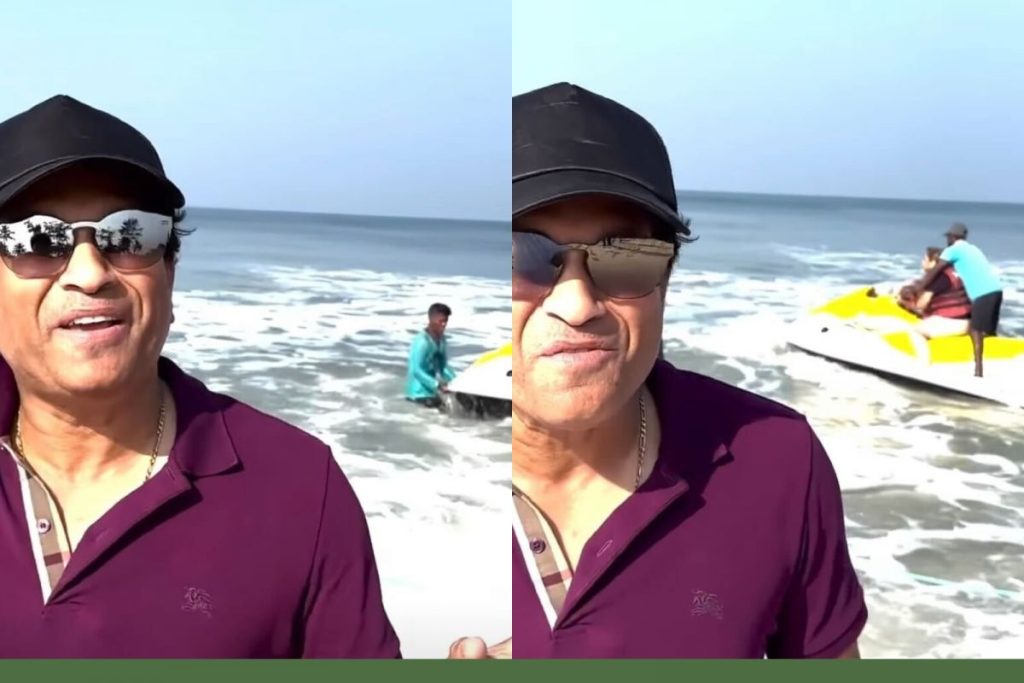 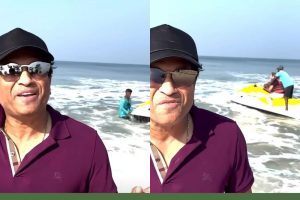 Goemkarponn desk
Margao:
As teams battle it out for the T20 WorldCup trophy in Australia, former Indian cricketing legend Sachin Tendulkarspent a chill day in Goa far, far away from all the action. Calling it an “unbelievable experience,” the Little Master was seen interacting with the local fishermen on Benaulim beach who informed the former cricketer about their traditional fishing practices and how a “rampon” was used to catch fish.
In the video shared on his official Instagram account on Tuesday, Tendulkar was also filmed enjoying local cuisine along with his son Arjun Tendulkar
So far so good?
While the batting maestro’s video gave a sneek peek into his personal life, several Instagram users spotted something off in the backdrop of Tendulkar’s video. A man could be seen getting run over by a jet ski as the water scooter zoomed along the beach. The man in question emerged unhurt moments later, to everyone’s relief.
Those who saw it happen, couldn’t help but drop a comment about the same under Tendulkar’s video.
“Is everyone going to ignore the guy being rolled over by a jet ski,” wrote one Instagram user.
“Picheee dubb gya ek sir,” commented another.
“Only legends know what happened in this video.”
“Kya experience hh ye – peeche ek aadmi ko kuchal ke maar diya.”
“Are we going to address that man in the beginning being crushed under?”
A Twitter user clipped the portion of Tendulkar’s video to show the exact moment when the incident happened.
An Instagram user went a step ahead and made a meme out of the entire situation.

SHOCKER: Mauvin Says Dabolim Airport May Shut Down If It Fails To Compete With Mopa

On this Dussehra, CM seeks people’s support to fight evils in the society