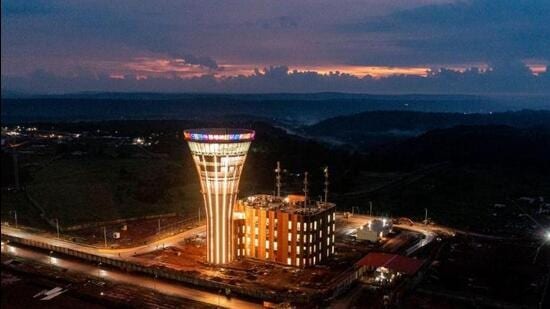 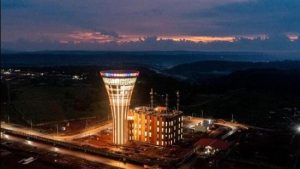 The new airport named as Manohar International Airport (MIA) which was inaugurated by Prime Minister Narendra Modi on Sunday is set to commence operations from January 5, 2023

The new airport named as Manohar International Airport (MIA) which was inaugurated by Prime Minister Narendra Modi on Sunday is set to commence operations from January 5, 2023.
The greenfield airport in Goa, is expected to bring respite to passengers from air high fares to and from Goa, which officials have been attributing to the four-hour closure of the airport every day.
This closure is for sorties by the Indian Navy which owns the existing airport in Dabolim.
“The current Dabolim airport sees 17 direct domestic flights. Whereas from our interactions with the airline operators and our own market study, we should be able to at least bring another 17 to 20 new destinations. So, we should be able to look at double direct connectivity than that of the existing connections with the Dabolim airport,” RV Sheshan, CEO, GMR Goa International Airport Ltd (GGIAL) said.
As of now, only 5% of the total air traffic in Dabolim airport is international but the new airport terminal is set to have a healthy mix of 20% International and 80% domestic flights.
GMR said that they will be working with various airlines in the international domain and position and market the new airport.
“We will make all efforts to increase the ratio of domestic to international passengers in the airlines. We are sure we should find success in the next two to three years,” a GMR official said, adding that in the current phase, MIA will cater to 4.4 million passengers and the moment the airport hits 80% of its potential, work for phase two will begin.
He also said that the airport will see about 12.5 mn passengers per annum in the next five years. “The existing airside infrastructure is good enough for us to handle about 20- 22 million passengers with one runway and one auxiliary runway and (parallel taxiway) which will be operational from January 5,” Sheshan said. (Source HT)